[PSA] To Everyone Experiencing Issues With V12, This Might Be A Temp Solution For You. 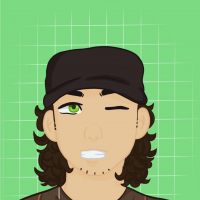 To start of, like many others, I have also been having issues since V12 (and even on their supposed 12.1 hotfix), In games like Climbey that are not demanding at all, having a lot of stuttering to more demanding games like No Man's Sky stuttering like crazy when before I would lock it to 40fps ASW and it would run perfectly fine, I thought of a solution I had months ago when I was noticing worse performance on my VR games.

Back then when I was having those issues, I was on the latest NVIDIA drivers (at that time) and was seeing how crap it was overall for VR titles, so I reverted back to an older 436.02 that was the one that stated support for the Oculus Rift S.

Back to the issue at hand, I decided backtrack to another NVIDIA driver that had mention support for Asgard's Wrath as well as the highly acclaimed and very loved HTC Cosmos (lol).

Lo and behold No Man's Sky (with ASW focred as the game is very demanding) was running like butter, ASW butter!

Boneworks wasn't having those hitched, at least not as much as I noted before.

So I I want those who want to attempt this too to downgrade to either this version, an older one, or a more recent one (I also have 441.12 Which I also got as it supports NFS Heat which is a game I play, but this one seems to be good running the game)

NVIDIA Driver Version 441.20 also was released supporting Stormlands, which could be a good driver too. Perhaps it's just the latest, or the last two drivers having major issues as well with VR.

As for AMD users: You guys can try doing the same? I'm not well versed into AMD GPUs, but good luck!