Volunteer Moderator
January 9 edited January 12 in General
Since my Pistol Whip with an Xbox controller video wasn't exactly popular (8 views on youtube and a copyright claim), I decided to push things further. 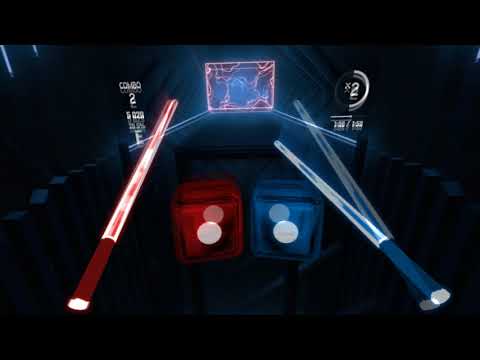 Using Oculus Injector, I made the thumbsticks on an xbox controller aim the sabers in Beat Saber, playing on a DK2. It's HARD to play like this, but I just wanted to see if it was possible.

Beat Saber thought it had Touch controllers even though I was playing on a DK2 because Oculus Injector fakes them as existing. Also my DK2 camera wasn't working, so my head was in the floor, but Oculus Injector's height adjust mode put the headset back where it should be.
(I would have done it on my DK1, but I don't think it works on this runtime. The DK2 barely works)
Sadly v13 PTC has broken all functionality in Oculus Injector, so it might actually not make it to release. Debugging this stuff is more painful than typical programming.