Issue with BSOD after switching from Rift to Rift S 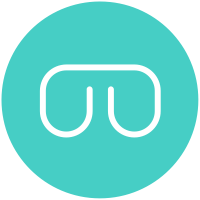 I have an issue that the Rift S is not running on a system of mine on which I used the Rift CV1 before.

Problem:
After starting the Oculus app, I get the message to setup the Rift S. The first screen showing the connection of the two cables (USB / Displayport) is sometimes show, but latest on the next screen, I get a blue screen. Often, the bluescreen appears already on the first setup screen.

What I suspect:
I somehow suspect that either the minimim requirement of the Rift S is higher (even though it is not stated) or the NUC has an issue with the display port connection. Because the as the Rift uses a HDMI, the Rift S uses only DP. I had to use the included adapter to Mini-DP by the way.

What I need:
A solution how to stop the crashes, as the CV1 is decapricated.

PS: The same issues was discussed in the medium forum but with no solution: (can't post a link in the forums -.-)
Tagged:
0