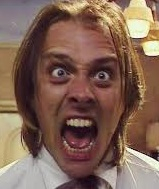 DuxCro Posts: 54 Hiro Protagonist
February 19 in Oculus Rift S and Rift
Does anyone stream VR to twitch or any other platform? I want to hear your solution for capturing chat in VR game. I tried popping out twitch chat and then just pinning that window in the game. But most of the times it doesn't work, or it works until i take of the headset. Then when i put it back on, capture doesn't work any more. Recapturing the windows also doesn't work. I must restart PC for a CHANCE of it working again. Makes VR streaming super frustrating. And Oculus doesn't seem to do anything on that.