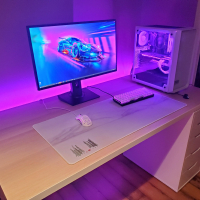 I cannot use my Rift S out of nowhere because it doesn't display anything.

Ive tried and uninstalled both steam and Oculus stuff but same issue. The weird thing is that I tried the setup on my sisters PC and it worked fine (GTX 970TI), so I took out her GPU and put it in mine... But oddly it still didn't work.

Another weird thing to add is that when I start steam VR it either tells me "a key component of SteamVR has failed (Error 301)" or "an add-on was blocked due to a recent crash" and that add-on is gamepad functionality... Which is weird because nothing else is plugged in except my headset, mouse and keyboard (I have used a wheel but it's not plugged in currently)

I have no idea what to do next I feel like nobody else has my issue.

Hella inconvenient that this had to happen on Alyx release