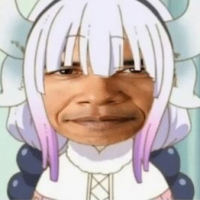 Windforce1 Posts: 1 NerveGear
March 30 in Oculus Rift S and Rift
So, I bought a rift a few months ago and recently i have been having a problem where whenever i am in vr, And i swing my controllers very hard. My controllers have a hard time catching up with the swings. and that makes it hard to play some maps in beat saber that require a lot of jumps (goodbye, bangin' burst, milk crown, doll play, etc) I have tried just about every thing i saw to fix this problem, but nothing has worked.

here are my specs:

Here are the fixes i have tried:

Buying a Pci-e Usb hub
Remove all devices Except rift + sensors
Plug in devices directly into pc with no extension cables
Put easy liner in the battery chambers
Use non akaline batteries
Disable usb selective suspend
Tried overclocking (i have no idea if that works or makes it worse but it made no difference)
Removed and Re-Paired the controllers
Re-positioning The sensors
Turned off night light
Clearing out my entire play space
Closing every unneeded process on my pc
Disabling power management for every usb port i have
Unplugged, Uninstalled, And re-installed all of my vr devices


Ever since i have had this problem i have hated intense games like beat saber and others, And honestly regret buying an oculus product, and ever since this has occured i have wanted a vive. because i have tried out my cousin's vive and i like it so much more than my rift (i liked my rift more than the vive before i had this problem) even my friend's quest does not have this problem, so if i could get some help that would be great. i am desperate, and if i can not get this problem fixed within the next few months then i am just going to buy a used vive or something that is not oculus.