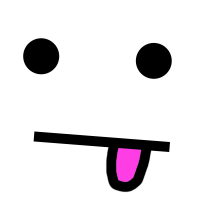 ShawnQuest3 Posts: 30 Brain Burst
May 17 in Support
So a month or two ago, I tried to get custom songs on Beat Saber again, because I accidentally uninstalled BMBF. So a few weeks after I uninstalled BMBF, I downloaded it later and tried to uninstall Beat Saber from there to get the new updates. It removed all my data, unfortunately, so I tried to use my backup I had on SideQuest. I did that, but nothing worked.

Later, I tried to uninstall it from the Oculus Quest menu, of course it didn't work, and to this day, it's been stuck on uninstalling. Also, the APK is gone, but the game is still uninstalling. Fast-forward to today, I put the gift-card I got for my birthday a few days ago on my Oculus account. I bought Virtual Desktop, and then went to download the version on SideQuest. I didn't realize until now that it affects the Oculus Store version, so when I didn't see it in Unknown Sources, I tried uninstalling things like ALVR and some others.

"Nothing worked", so I tried to uninstall Virtual Desktop through the Oculus Quest menu, again. So then it got stuck on uninstalling. I'm really upset, anyway, do I have to factory reset my Quest to use these apps and games again?
Tagged:
0