Will life and society "go back to normal" when the Pandemic is over?

Valuable Player
July 2 edited July 2 in Off-Topic
Since this pandemic is global, I was curious as to the thoughts of this community on the topic of whether "going back to business as usual" is realistic. It seems to be one of the most common phrases used nowadays; where the general public believes that the end of this Pandemic is just a few weeks or months away, and then life will return to normal.
I'm not one of those people. I'm one of those Joker-esque, "you've changed things, there's no going back" kinda folk.
I believe that the global workforce has already changed, and there will be new types of businesses that naturally flourish over others, even after the pandemic. Remote Work will become mainstream, and going in to an office to sit at a desk or cubicle will be treated as obsolete and antiquated; at least for that Fortune 1000 and similar type organizations.
I believe that virtual events will become preferred over standing in lines and public gatherings; which will continue to impact venues such as movie theaters and concerts.
But, I could be wrong. How about you?
Are you a fan of the Myst games? Check out my Mod at http://www.mystrock.com/
Catch me on Twitter: twitter.com/zenbane

Will life and society "go back to normal" when the Pandemic is over? 16 votes

Yes, eventually things will return to normal and it will be business as usual.
12%

7 votes
Yes and No; there will simply be a "new normal" but it won't be much different than what we had before.
43% 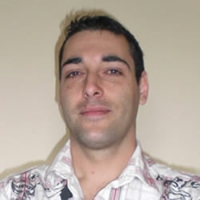