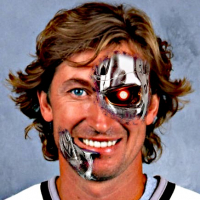 Swayne_Gretzky Posts: 5 Brain Burst
July 30 in Games and Apps
I bought a Rift S to play HL Alyx and have been having tons of issues. I'm using FPS VR on Steam to track my performance statistics and for the most part it looks good, GPU and CPU frame times are low and performance is a solid 80 frames but my hands will look stuttery in certain parts of the game. I could be looking near a corner of a wall, good frames, stuttery hads, then back up 2 feet in game but physically in same spot and the hand movement is better.

It seems this game has some pretty serious software glitches right now, I don't have any problems playing Robo Recall or Superhot but it is not stop jankyness playing HL Alyx beyond chapter 3. I set Oculus settings to prioritize performance and Steam VR resolution to 70%, seems like my PC should run the game 0 problems at those settings but it still has issues and I have done enough troubleshooting at this point to say it's a problem with Alyx not my hardware.

I have tried using Oculus Tray Tool with ASW on and off, issues persist
In Steam VR I have disable advanced supersampling filter
Game settings all on low

I've all but given up on playing this game smoothly. It seems to be pretty solid in the first 3 chapters but there are occasional CPU spikes in FPS VR and it becomes more noticeable later in the game. Doesn't make any sense at this point and I can't think of any more troubleshooting I could do