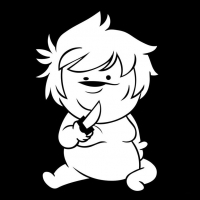 Strongit Posts: 98 Hiro Protagonist
August 18 edited August 21 in Oculus Quest 2 and Quest
I made the mistake of updating to Windows 10 version 2004 and I'm now having issues with almost all of my VR games.  The less demanding titles like Zero Caliber still work fine but just about anything else is getting poor framerates and stuttering.  This happens through link and remote desktop but performance is better via RD.  Turning down the detail only helps a little.

I have disabled game mode, disabled hardware GPU scheduling, rolled back my graphics driver, nothing seems to help.  If there's anyone who has found a solution please let me know but for now I've resigned to just play standalone titles until some fixes roll out.

Solution:
I narrowed the issue down to SteamVR and the thing that finally fixed it was to uninstall it, run CCleaner to clean out leftover registry entries, reboot then reinstall it and move it to another drive with more free space.  Everything's running nice and smooth although it did reset my steam home environment.
0