Can I select which GPU to use? 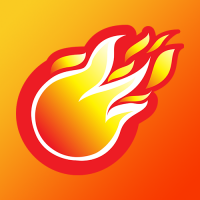 ToastedRichy Posts: 8 Brain Burst
August 29 edited August 29 in Oculus Rift S and Rift
Hello, I am Richy.
I own the Oculus Rift S, and I have a question.

So, my desktop has 2 graphic cards; a AMD Radeon RX 580 8GB and also a NVIDIA GeForce GT 220.
I mainly use my RX 580 for graphic intensive processes like gaming and etcetera, but I use the GT 220 for my other monitor which is just for notes and other small stuff.
Whenever I launch the oculus app, The oculus app thinks that I will be using the GT 220 to connect my Rift S.
I looked around in settings, and couldn't really find anything to solve this, which basically forced me to take out my GT 220 every time I want to play VR.
If the answer to this would be something like "use the gt 220", I can't use the GT 220, because it has no DisplayPort and isn't powerful enough to handle a VR headset.
If there is a possible way to select the graphics card to use, can someone please tell me.