Anyone else used to hate Oculus? 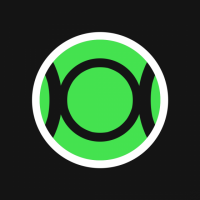 TheGreenYoutuber Posts: 23 Brain Burst
August 2020 in Off-Topic
I hated Oculus for no reason(kinda like how we all hate that one spoon in our house). I think I started to like them when they released the Rift S(i love plug and play headsets that don't need base stations. Was consider getting the Odyssey+). I completely fell in love with them when I found out about the Quest. It's exactly what I need. Anyone else felt like this?