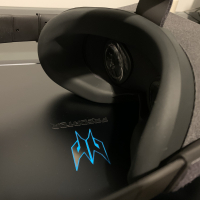 enigma01 Posts: 872 3Jane
September 16 in Oculus Quest 2 and Quest
On my Quest I have to set the IPD adjustment to the widest to get achieve the clearest picture. There is 4mm difference between the max IPD width on the Quest 2 and Quest. Will I see a difference?
0