Valuable Player
October 2 edited October 3 in Games and Apps
As of now, I've spent over 3 hours in SW:S, and I'm really enjoying the heck out of this flight shooter!
I won't be attempting a comprehensive review (yet) since I haven't finished the full single story campaign, but I do want to call out some great first impressions. 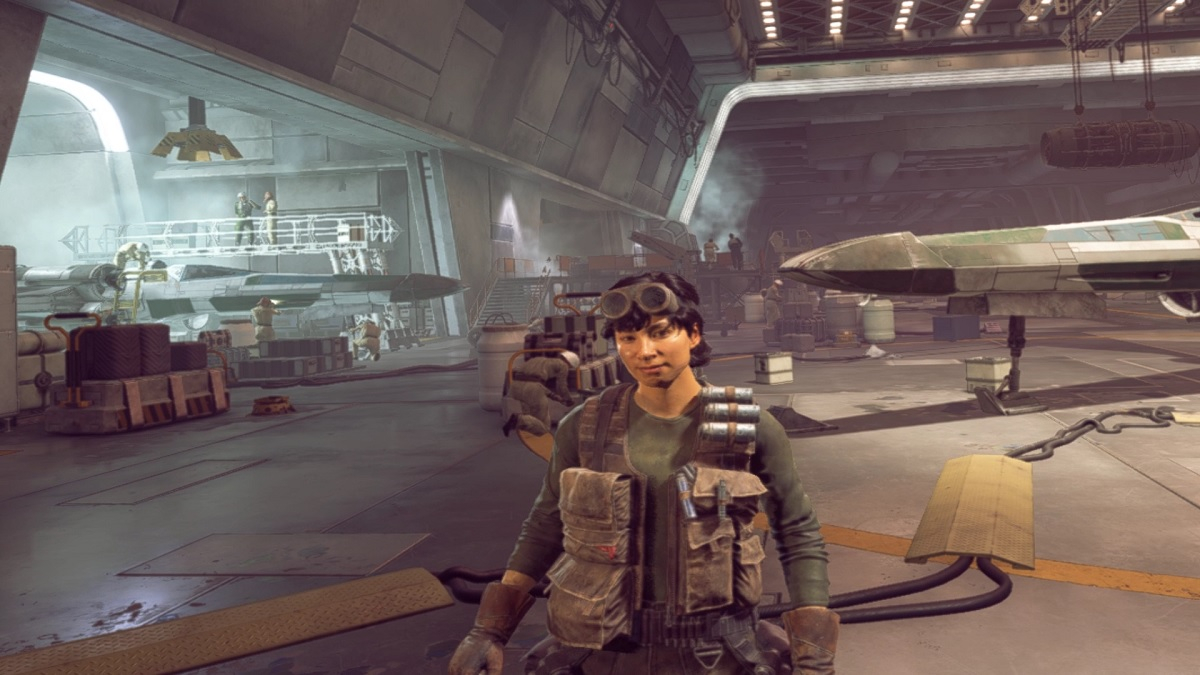 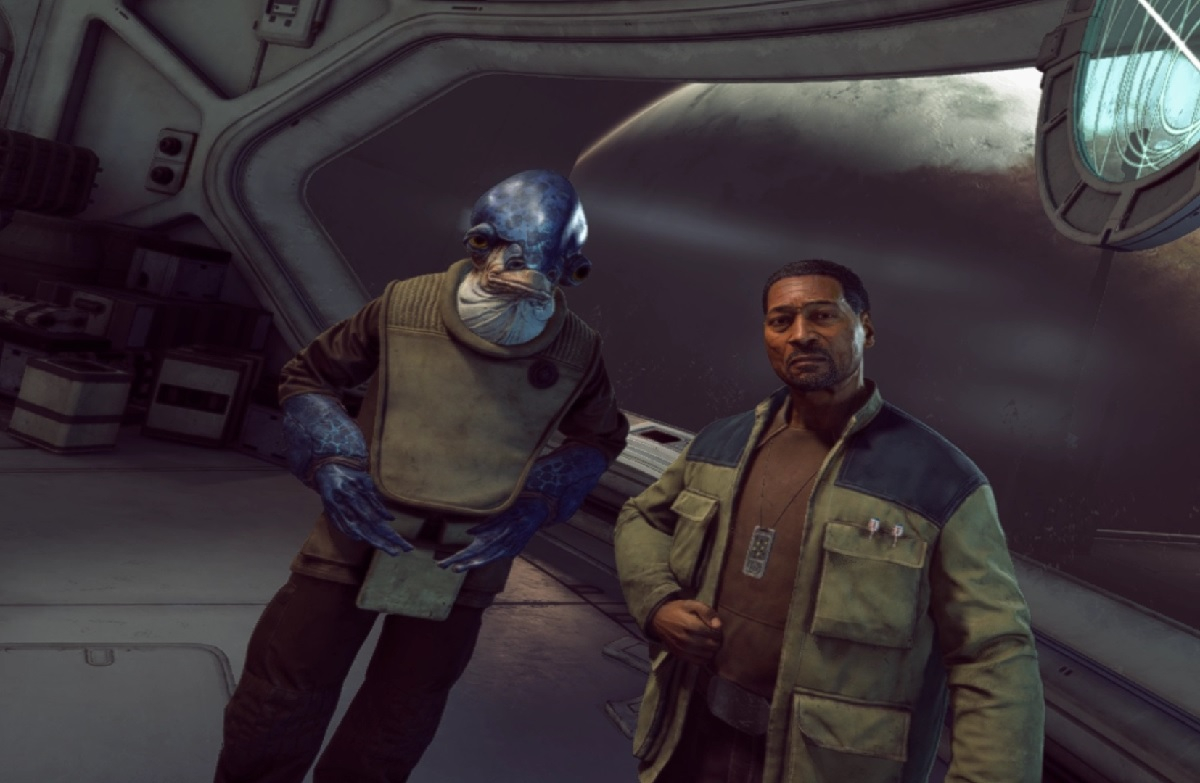 Experiencing VR's "presence" with these characters is quite the special treat. I go out of my way to engage in one-on-one dialogue with each character (as available).
Now, if I had a complaint, it would be that there is no free-form movement. Everything is fixed in place, with Teleportation to predetermined areas. Very much on par with Wilson's Heart (another personal VR favorite). However, there are multiple areas that open up for exploration, and there are quite a few times where I truly felt like I was in a Star Wars universe (or on the set of a Star Wars film). Note that all of these images are coming straight from my machine, and I'm playing this on the classic Rift CV1, with a mere GTX 980.
One of my favorite aspects of this game are the nuances. I love how they load an R2 unit in to the back of your ship. And this droid is very vocal and animated. You can turn your head behind you any time to see the droid being fully animated. 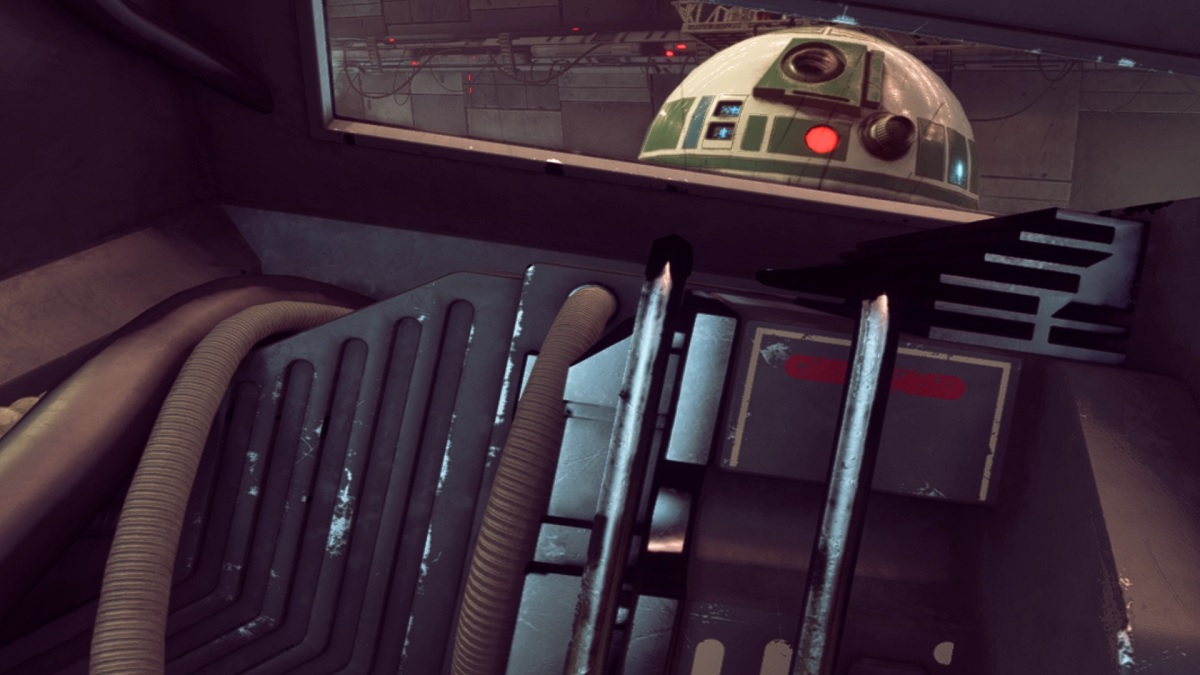 Other minor details include the use of the Holo-comm inside the ship; where your Commander can pop in to give you orders in classic Star Wars fashion. 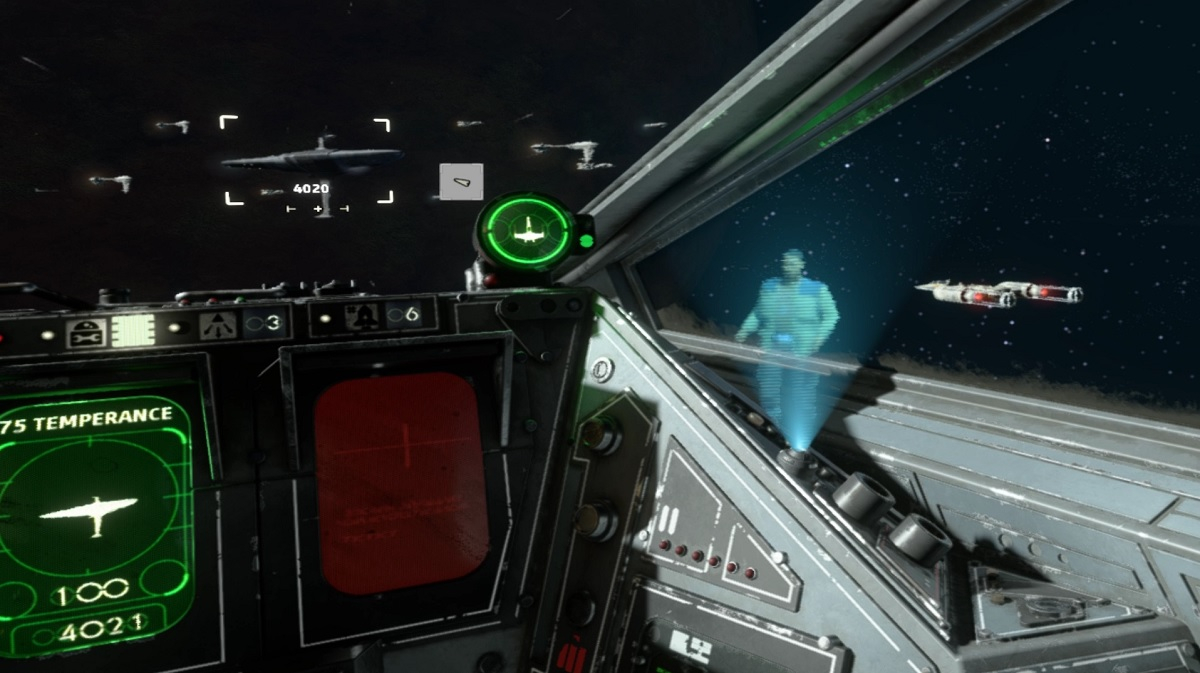 As for the flight combat itself,
I would simply compare this more directly with Eve Valkyrie. It has a strong "flight arcade shooter" feel to it; with a heavy emphasize on arcade-style. But once you get the hang of the controls, taking out enemy fighters, blasting turrets off huge ships, dodging missiles, and taking on larger than life vessels feels like this title is well worth the price of admission.
Are you a fan of the Myst games? Check out my Mod at http://www.mystrock.com/
Catch me on Twitter: twitter.com/zenbane
Tagged:
8
«1234»