tmek Posts: 103 Hiro Protagonist
May 2014 edited December 2014 in Showcase
Version 0.3
This latest release allows you to: - Sit in chairs.
- Watch Netflix videos on the main view screen.
- Interact with the ship/computer through voice commands and responses.
- Monitor the computers vocal analysis on the "Operations" main view panel.
- Find and activate three crew audio cues on the bridge.

Troubleshooting Tips:
- Make sure you have a microphone plugged in an set as default input device.
- Also make sure Windows speech is set to US English

You may also need to download and install the Microsoft VC++ redistributable here. And the latest Microsoft .NET Framework.

Thanks to WPKenny for finding this solution that was causing an issue for some:

Change speech recognition engine to US English. In Windows 7 go to: Control Panel\Ease of Access\Speech Recognition and click Advanced Speech options on the left and change the drop down to US English.


See below for more detailed instructions and examples. 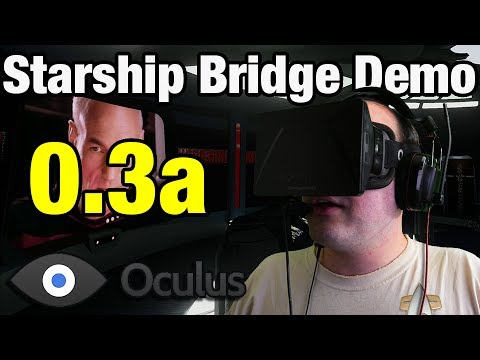 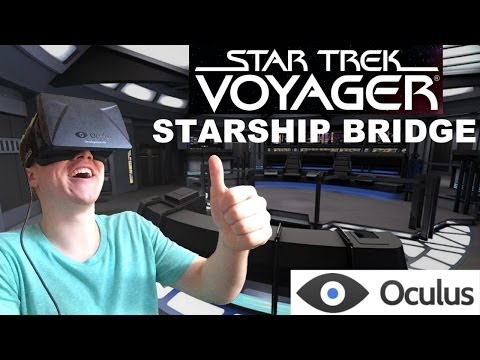 Interactive Features and Instructions * Sit in the Captains chair!
- Walk up to any chair to sit down. Move away to stand up.

* Watch the "Historical Documents" on the main view screen!
- Watch Voyager TV episodes or any other Netflix shows or movies
- You must set the Rift in Windows display properties to "extend desktop" rather than "clone" to use this feature.
- Start any Netflix episode or movie in Chrome or Firefox then launch the demo to watch it on the main screen.
- Press 'V' on keyboard, 'B' on gamepad or say "On Screen" to toggle the main view screen feed.


Notes and Additional Credits This runs at 60fps on my machine with a 760gtx in Oculus Rift mode.
it on any other machines so it may not perform well on lower hardware.