Oculus Start Member
May 2014 edited October 2014 in Showcase
Aliens, Trolls and Dragons is a Third Person Perspective, Action/Adventure game with native Oculus Rift support (and also on standard monitors). It will be released as a single player experience on PC and Mac in a form of episodes. The first one is expected to ship this Fall.

Aliens, Trolls and Dragons will be heavily story driven. It’s essentially a clash between science fiction and fantasy. You will have a chance to test advanced technology and weapons against warriors and monsters living on a planet, that strikingly resembles what we know from fantasy stories. I'm aiming for 1-2 hour gameplay per episode, packed with cinematic scenes, swordfighting, shooting knights with pulse rifles and boss battles. 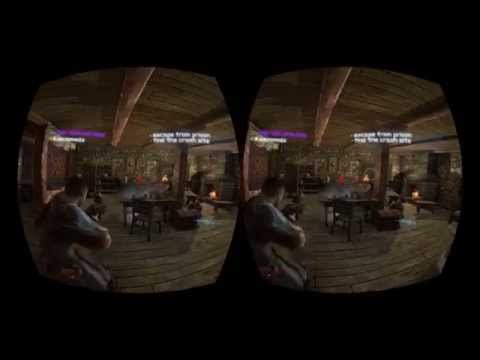 Story:
It is the near future. Thanks to rapid progress in the field of spacecraft propulsion, we were able to reach distant planets and discover intelligent life. The aliens very much resemble us, their civilization is comparable to our medieval times. A manned mission is sent to the planet, but the lander crashes because of unknown reasons. The wreck is looted and the crew is captured and taken by the locals. You are the chief security officer of the landing party and your job is to fix all this mess.


Ok, now! This is what evolved from the "werewolf demo" (the thread it's somewhere here in work in progress)