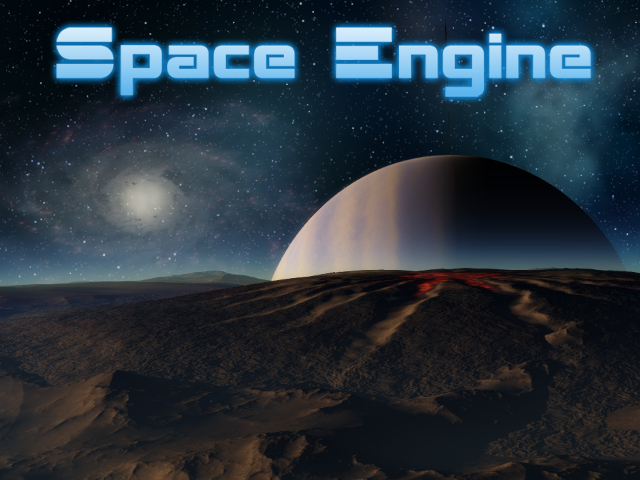 Hi there! I am Vladimir Romanyuk aka "SpaceEngineer", here my project called SpaceEngine. It is a 3D space simulator with procedural Universe generation. It features real-scale planets with 3D landscape, physically based generation of solar systems, real-scale generation of galaxies and entire Universe structure. All transitions are seamless, you can land on any planet and explore it, then take off and fly to another galaxy. Known astronomical objects are also here, including ultra-high resolution textures for Solar system planets and moons (20+ gigs, available as separate download).

This engine is in a form of a free space exploration planetarium, but I am going to make a game based on it. It will feature realistic physics and exploration based gameplay. More info on the forum (look for a sticky threads). Space ships are already implemented, with basic physics and controls. 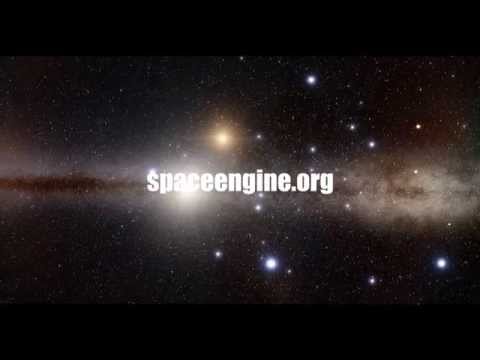 This version should work with Oculus Rift DK1. I have only DK1, but I tried to make DK2 support by feedback from beta testers. Here is a relatively old dev video for DK1 (warning it may make you sick iw watch in Rift): 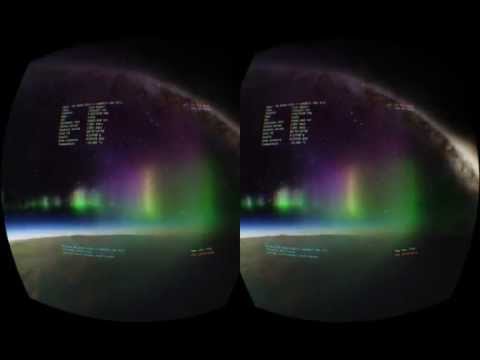 To run in Oculus, first switch it to the extended desktop mode. Then run SpaceEngine, fly there a bit using monitor

Learn controls, they are easy: WASD + left mouse drag mouse to move, mouse wheel changes speed, click to select object, G key to fly to it (double G for faster flight), and F2 key to bring up the planets list (left and right mouse click to navigate). Advanced controls including speedup and reverse the time flow: JKL and Space keys. You always can use a toolbars, but in Oculus you probably will close them. After this, configure a joystick. Needed actions are move, rotare and chage the speed (very important!).

Then go to Display settings menu (Ctrl-F8) and choose Oculus Rift mode. Moving the window to the Rift is easy: just hit Shift-Enter. Don't forget to toggle fullscreen (Alt-Enter). To move the window back, hit Shift-Enter again. Note that mouse cursor must be in the window to allow rotation and GUI navigation.

If SE crashes on attempt to enable Oculus mode. So you are have AMD graphics card, aren't you? Try to disable mipmaps generation for the framebuffer texture. Open the config/user.cfg and change these parameters to false:
EnableMipmapsGUI false
EnableMipmapsFrame false
EnableMipmapsWarp false
The last parameter could fix crashes on approaching black holes, neutron stars and white dwarfs. Disabling mipmaps reduces quality, but at least fixes crashes.
PS: does anybody know how to implement a CRASH FREE manual shader-based mipmaps generation on ATI on OpenGL? I had a problems with it since the beginning.

There a lot of things what should be done for perfect support of the Rift. The main task is obtaining a DK2, but this is hard because I live in Russia - the country where Oculus did not ship their devices. Other issues are bad tracking latency and lack of direct mode support. I using OpenGL in SpaceEngine and can't make it work in direct mode. Lack of good OpenGL example code is also an issue. Also this release was built with 0.4.3 SDK, because I has weird glitches with the 0.4.4. Interface should be completely reworked to use in Rift, this probably will be made in the next version.

But anyway experience in Rift is just amazing. I hope a nice feedback from this community. Enjoy!
4
«1234»