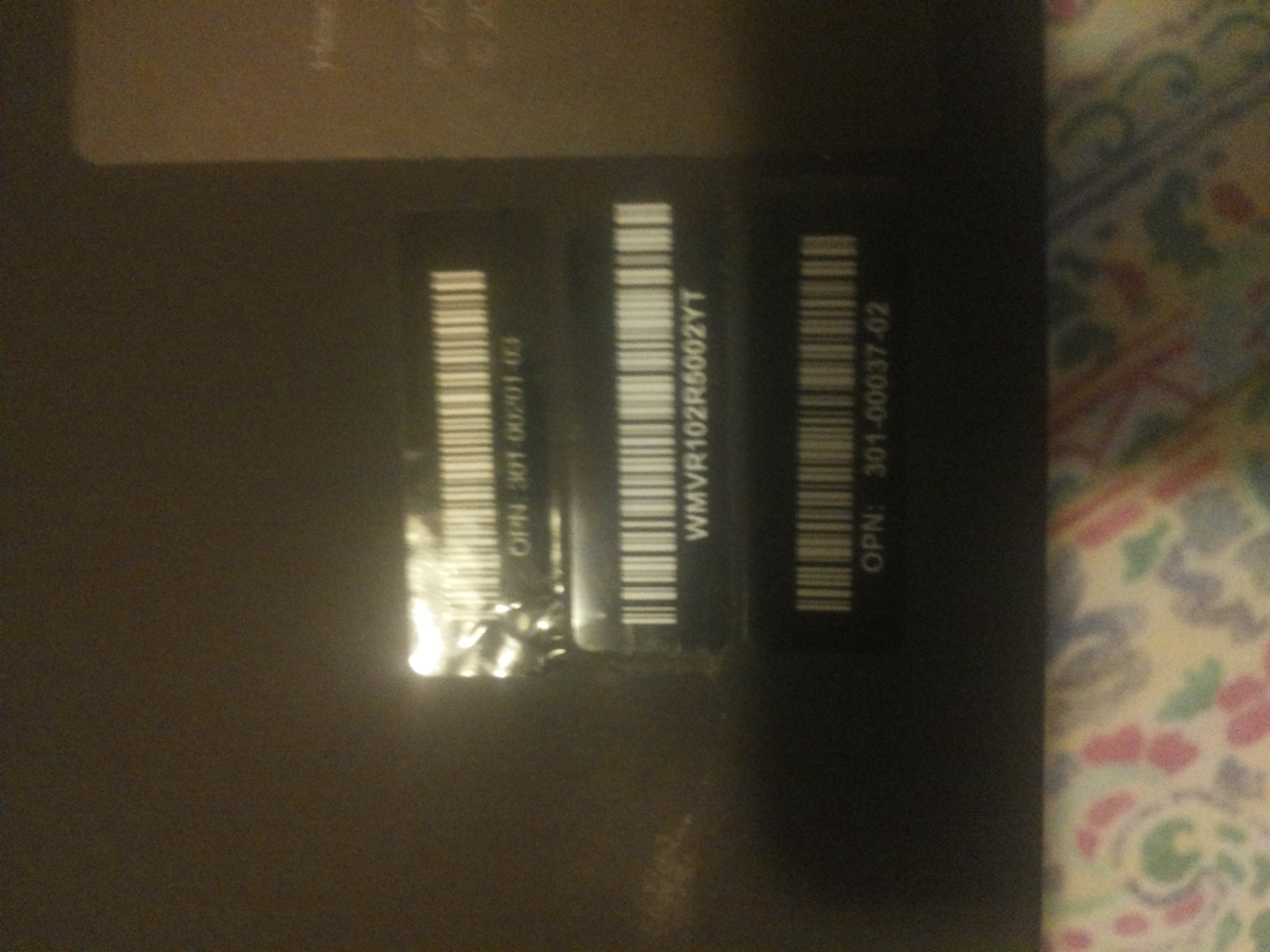 (in the picture: the left opn sticker was litterally over the right opn sticker, covering it..)

Now the OPN number 301-00037-02 is of an used rift in Chicago and it was selled by EBAY. The rift have on the back lens cover a diagonal scratch for the entire lenght. Ive just cheked this things and no test it or want to do it until Oculus answer me.

What do you think guys? Shit happend? There is an Oculus guy here can answer me?