I am wondering if anyone else is having this issue, and if they've come across any solutions.

My Oculus headset and single sensor work great in Oculus home, in Chronos, Dreamdeck, and other apps. I only experience problems when running Elite Dangerous. I believe these issues originated after the 1.13 update (I'm currently on version 1.14).

I've gotten sensor errors in Oculus, which I've posted an image of here (the USB warning is due to using windows inateck drivers).

I've also tried turning off my USB 3.0 legacy settings in the bios, and plugging the sensor into my onboard 3.0 inputs. Still no dice.

Everything is up to date, including video drivers.

I read that using inateck's USB drivers cause problems (and i ran into these problems in the past) so I'm using the windows drivers for the USB card.

Observing CPU usage while the issues happen shows it peaking at 55%, so I don't think that's the problem.

I've contacted support, and they requested that I run the compatibility test (which I ran & passed), ensure everything was up to date (which it is), and update to the Public Test Channel program, which updates my oculus software to 1.14 (did this too).

I explained that the problem persisted, and they suggested I re-install elite dangerous, connect the rift to another computer, and if that doesn't reveal the problem, re-install the Oculus software.

I suspect that these last recommendations will not resolve the problem, and just take up a lot of time. My guess is that it's USB related. Does anyone else have any ideas as to what could be causing this? 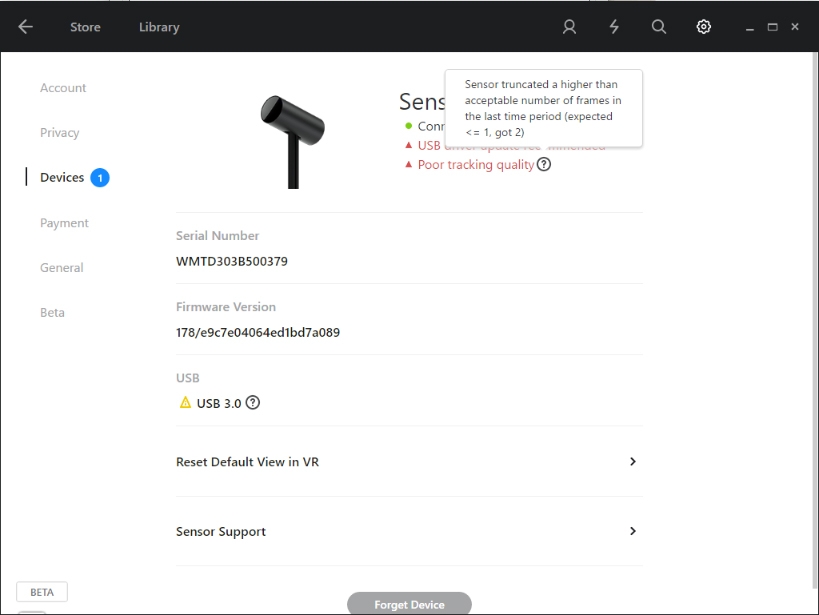