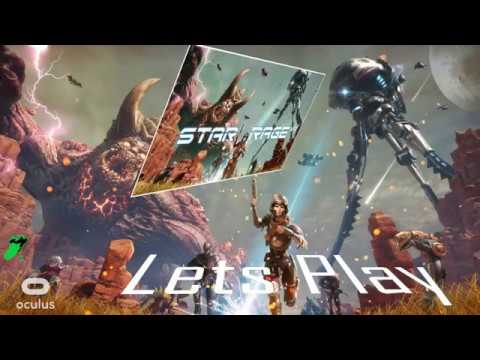 Let's get World Space Week kicked off with some Star Rage VR. Star Rage VR is a story driven FPS / wave shooter on rails where you join a space soldier unit in their fight to eradicate alien bugs, monsters, creatures, whatever you want to call them, I just call them one thing and that's DEAD! - Enjoy kiddos! - SGD

Commentary: This is a fun little on rails shooter but not worth the $19.99 asking price IMO. Wishlist it for sure though unless you really want to blow some alien bugs up! - SGD
Tagged:
1