Home› Community› Lone Echo / Echo Arena
New to the forums? Click here to read the "How To" Guide.

mdurn Posts: 5 NerveGear
October 2017 edited October 2017 in Lone Echo / Echo Arena
Update: rad_mars has kindly provided a save file as a work around for this issue. Scroll down to his reply. Thanks, Mars!

I posted this in https://forums.oculus.com/community/discussion/58070/lone-echo-bug-primary-digsite-battery#latest, but since part of the bug is different than the poster's issue, I'm posting it in a new thread. This also includes a video with a full repro, which happens every time I reload (including just after exiting the ship). I cannot progress further due to this bug. Both occur at the Primary Dig Site.

Bug 1 - This is the same as mentioned in the other thread. When I pull the depleted battery out, it becomes unmovable, making it difficult to place a new battery in the socket. This is seen at the beginning of the below video.

Bug 2 - When I jettison the fuel rod in the Generator, it does not eject, and instead re-docks. Because of this, I am unable to place the new fuel rod. This is seen at ~2:15 in the video. 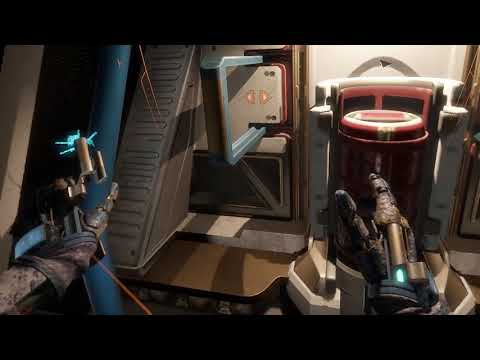