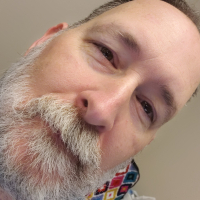 JeffNik Posts: 153 Art3mis
January 2018 in Support
I got sick and tired of seeing the "your computer doesn't meet <blah blah blah>", so I bought a nice new powerful desktop PC with a GTX 1070. The performance is much better, but I'm getting an annoying momentary screen blank/blackout when I start or quit Oculus Home. Its like it's re-configuring the video arrangement, and if I keep the Windows display settings window open, where you setup and arrange your multi-monitor setup, I see that when Home opens, the Rift appears as monitor 3 (that's when the blank/blackout occurs on one of my two monitors), and when I close Home, the Rift disappears, the blank/blackout happens again. Its not a huge problem,  just annoying and my previous setup didn't blank out periodically, and I don't believe the Rift was ever showing up as a third monitor (or is it SUPPOSED to?). I was hoping someone out there ran into this issue, and knew how to stop the blanks/blackouts.
1