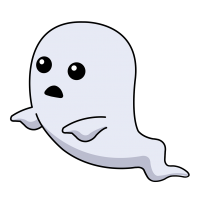 oGhosti Posts: 14 NerveGear
February 2018 edited February 2018 in General
So, I have had MANY issues with this Oculus non-sense.
First it was the sensors shutting off randomly, the controllers not tracking correctly, and a whole other heap of issues out-of-box.

I've only had it for maybe a month or more now, and I've solved most of my issues, all but one.
As the title says, the screen shuts off randomly mid-session and MOST of the time never turns back on until I unplug the HDMI cable, or wiggle the (Very poorly designed) cable in the headset a little bit. I've popped off the face cover and did all that non-sense..

I've ordered a DVI-HDMI adapter, should be here within a weeks time. This supposedly fixes it. (So have a other things apparently..)

Are there ANY other solutions you guys may know?

I love Oculus and VR a lot.. but these major problems need to be fixed, seriously. It's ridiculous at this point. I've had nothing but problems since day 1.
One other bug I've seen that is very serious for people who may have epilepsy or are easily prone seizures : Sometimes (recently) the Oculus screen shuts off, then if I fix it via pushing in the cord or something it comes back on and then the stupid (Unnecessary) Oculus Home pops up flashing incredibly fast and so suddenly. It gave me a headache within seconds. Just to let you developers know..

Is there a way to disable Oculus Home if I want to just play Steam VR games???

I realized that I've put this in the wrong section. lol