Sharkster-NVR Posts: 74 Hiro Protagonist
March 2018 edited April 2018 in Support
If you browse through this forum (or any forum that discusses Oculus hardware), you'll INSTANTLY find threads that deal with Nvidia compatibility issues with the Rift. The current (391.01) and the previous THREE Nvidia driver releases (390.77, 390.65 and 388.71) can show severe problems ranging up to total black-outs for Rift users. Instead, the early December 2017 released 388.59 is OFFICIALLY RECOMMENDED to be used.

If you read a bit more, you'll quickly find out that even BEFORE 388.59, Nvidia drivers used to cause a lot of trouble. There are many threads dealing with the symptoms:

These were found by just looking through the first few pages of this forum. And while Nvidia GPUs may work fine with some configurations, it's quite clear that there is a severe and obvious thing going on ...and I can say for sure that our systems are affected by the problem.

I'm co-founder of a VR services company and back in or around August 2017, the Rift used to work great with the then current Nvidia drivers (~384.94), but from then on, things started to go downhill. The currently (officially recommended!) 388.59 driver causes an overall disappointing performance, stutters and just spoils the whole experience on our systems (see my signature for hardware details).

We tested the "recommended" 388.59 Nvidia drivers versus the old 384.94 drivers and found out interesting things. These tests were done on multiple notebooks (with identical configurations) and with multiple Rift headsets. So, it's more than unlikely, that faulty hardware has to do with these results.

We ran a few tests, firstly, in a very simple test environment (we created especially for this test) and secondly in a performance hungry VR experience which runs at an average of 45 FPS. Here are the results: 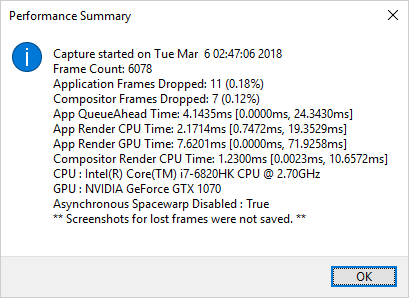 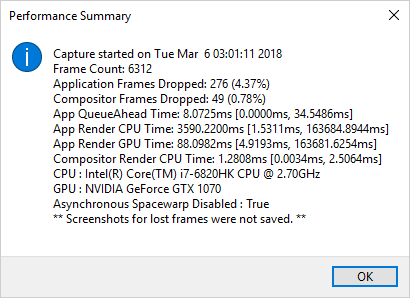 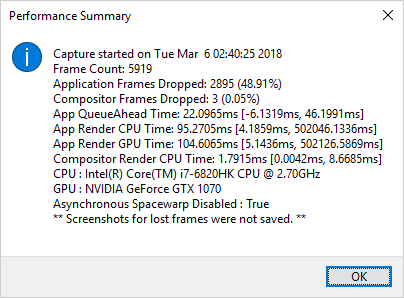 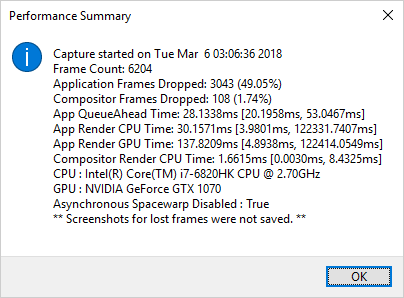 With 45 FPS it's to be expected that around 50% of the total application frames are dropped (as 90 FPS is considered 100%), but the HUGE problem is in the Compositor Frame Drops: It's 3 (0.05%) versus 108 (1.74%). And this REALLY makes the experience unbearable. Compositor frame drops are frames that drop as a result of the Rift not properly functioning as opposed to frame drops due to performance hunger.

CONCLUSION: Current Nvidia drivers are HEAVILY broken for Oculus use and it's wise to use older drivers. However, the December 388.59 doesn't do it for us neither and we had to roll back all the way to 384.94 (released July 2017) for acceptable performance. Being developers ourselves, it's totally beyond us, how such an easy to reproduce misbehaviour wasn't already fixed months ago. With all the complaints on the first few pages of this board alone, Nvidia really seems to be either ignorant or too incompetent, to release actually working drivers for the Rift.