Valuable Player
May 2018 edited May 2018 in Games and Apps
Due to bad reviews I waited months before I finally bought this game. I don't think that reviews older than January 30 2018 represent this game anymore - Doom VFR is much improved due to full locomotion support and more. Actually, next to Lone Echo I'm trying hard to think of a better VR game than Doom VFR - and I can't! I'm using Oculus Rift, I'm forcing super-sampling 2.0 on everything (thanks Oculus Tray Tool) and due to compatibility with some older games I'm still using Forceware 385.28. I held my breath, purchased Doom VFR and launched the game - and it just worked - perfectly. No missing textures and smooth framerate. I did lower anti-aliasing to 1xTAA (couldn't see benefit from higher levels with super-sampling 2.0) and I did a few times observe some pauses with virtual texturing page set to Ultra - so I set that to High (couldn't see any difference, only once in two hours did I notice a pause using High - I guess some texture swapping happened). I'm using GTX 1080 8GB (oc 2100 Mhz boost, 11 GHz ram), i7 7700K (4.2-4.5 Ghz) processor, 16 GB 3200 MHz system memory and Win10. Very important: remember to select "Gritty" rendering - it's so much better and sharper than the blurry "Default" rendering! 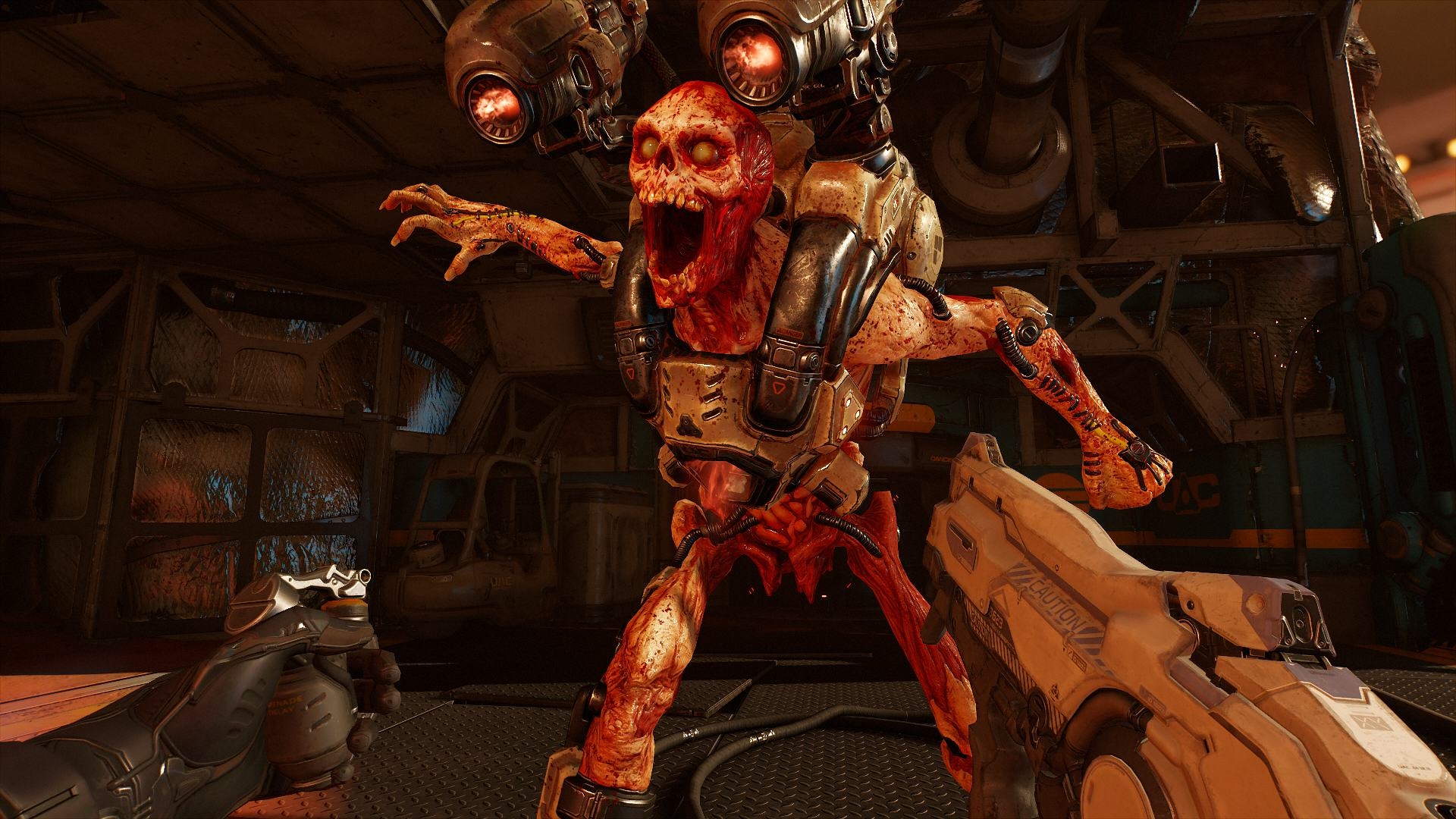 Textures are out-of-this-world awesome - you can even see small scratches on windows and metal surfaces. Textures make monsters look simply photo-realistic. A few years back many games had prerendered intros with worse graphics than Doom VFR in-game graphics. But again, you need to select "Gritty" rendering to really show the utterly amazing textures. And due to limited headset res you'll need to be very close to textures to really see and enjoy them (not easy to enjoy Cyberdemon textures ;-) Monster animations are top of the line too, monsters may crawl up pipes and climb stairs to get to you. And the beholders are breathtakingly awesome! Using FAST full locomotion you'll simply find no better action in VR. Gameplay is just as fast as Doom1-2 and Doom4. Guns/weapons are fantastic too and can be upgraded. I'm left-handed and first I was annoyed that I couldn't switch weapon-hand, but it's no big deal - and I can throw grenades using my left arm, which is perfect (I suck at throwing with my right hand and arm) - later the grenade launcher is perfect for my left hand too.. 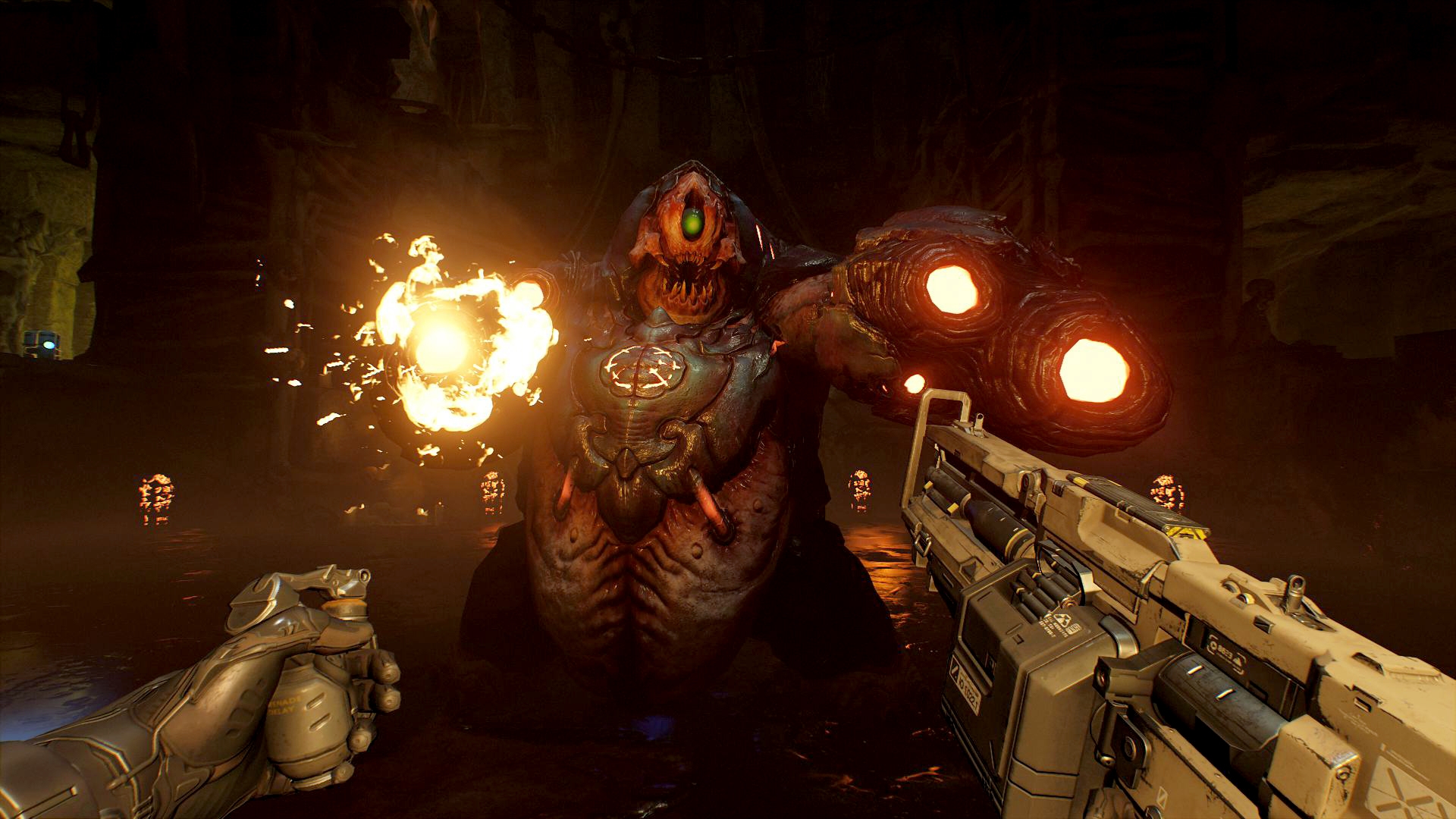 One unique thing - when you jump in the real world you jump in the game. A-w-e-s-o-m-e :-) You can also jump by quickly lifting your hands upwards. Use the controller to run and then jump with your real feet - then you'll jump forward in the game! At first I didn't like the analogue head rotation movement control, but it really works, make the game feel so much more real, and I think it's so much better than same-speed digital rotation.

So I've become a believer in Doom VFR. It's simply awesome. It's the best adrenaline pumping VR action you'll find. And although the in-game environment is rather spooky, it's just a great feeling finally being on Mars - all previous Doom games was just a warm-up to the real thing: Welcome to Doom VFR!

BTW, I suck at VR horror games, my nerves are thin - so I chose the easiest difficult in the game - but it's not really hard - go for "hurt me plenty" if you've tried Doom before. Note that there's tons of gore and dismembered corpses in-game, this game is not for kids! 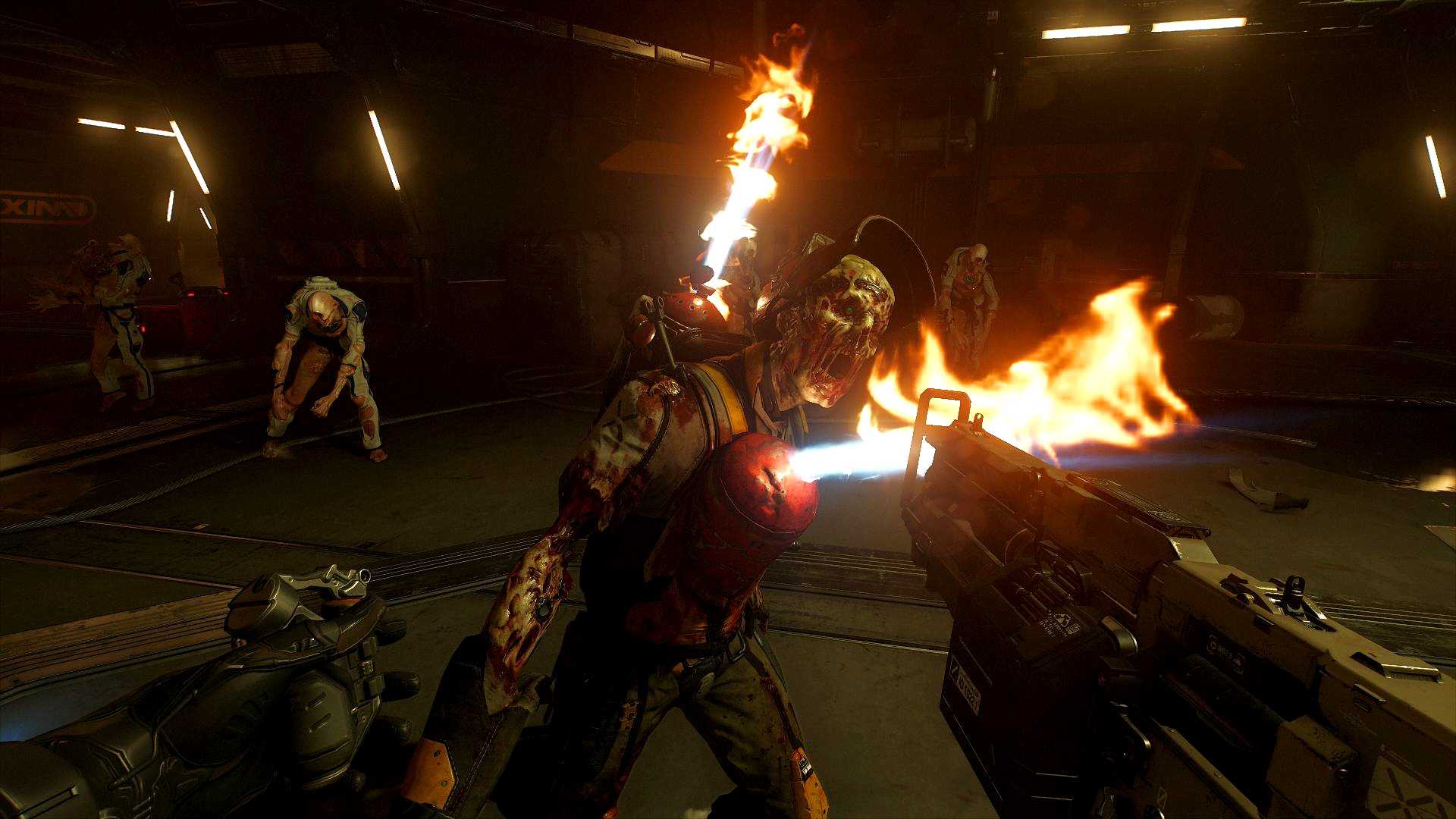