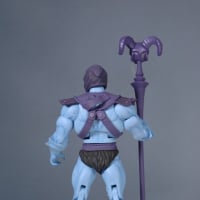 Valuable Player
October 2018 edited October 2018 in Oculus Rift S and Rift
The purpose of this thread is to compile a list of any suggestions for additional enhancements and other "nice to have" things for the new Home 2.0 Environment. If anyone is having any issues with Home 2.0, please use a separate thread to report problems and grievances.
Granted there may be some enhancement requests that walk a fine line, such as the need to update Home 2.0 in such a way that it has little to no impact on the overall performance of the Rift when in VR. As of now we know that the Oculus Dev's are aware, and it is on their roadmap to engage in continuous improvement the Home 2.0 runtime optimization and overall experience.
That being said, I'd like to begin with my own Enhancement request:
In addition to owning the Oculus Rift, I also have GO. One of my favorite features in GO comes from browsing the store - which is an experience that takes the user in to the various environments of the VR Title you are browsing. So for example, if you click on Sea Life Relax then your 360 environment takes you under water and surrounded by whales. If you click on the Lone Echo 2 trailer, you end up inside the space station next to Liv.
Not all titles do this, but many of them have it implemented. It is similar to what Netflix does... how it starts to play a trailer when you hover over a film. Currently, the Oculus Store has a stationary video interface that you can watch while standing. But it would be amazing if developers could provide either a 360 image, 360 video, or even a full VR Trailer for anything in the store.
Imagine if Lone Echo had this, and when you clicked the "preview" button, you are suddenly Jack floating above the rings of Saturn. Not that this would be a playable demo, just a cut-scene that puts the user inside the VR world.
That feature alone would provide hours of fun browsing the 1,000+ (and growing) title list.
Tagged:
9
«12»