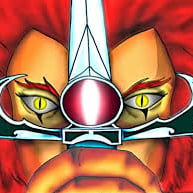 I recently had a huge problem where a certain game (IL-2) would suffer massive stuttering. I could see that OSVServer_64.exe was increasing activity when these stutters happened.

I solved this problem by setting CPU affinity for all the Oculus background processes to my last 4 cores. I googled and found others who solved performance problems this way.

Why was it that IL-2 had this problem and not other games? IL-2 is a simulator that is very demanding on the CPU. So, poor management of CPU cores probably affects all games.

I heard Process Lasso is a good tool for managing CPU affinity. Any other suggestions? Has anyone else experienced this performance impact of changing CPU affinity?
i7 9700k 2080ti   CV1, Rift-S, Index
1