Volunteer Moderator
June 2018 edited April 2019 in Oculus Rift S and Rift
Hello folks, not many people know but you can submit feedback about an issue to Oculus directly from the desktop app. Submitting feedback this way along with system info allows the devs to work quickly to fix bugs or implement features. This goes directly to the team, who might otherwise miss your feedback on the forum.

PLEASE NOTE: Feedback is one way only. If you need assistance from the Oculus Support team please use the official support area: https://support.oculus.com/ where you can find guides and a way to submit a support ticket. 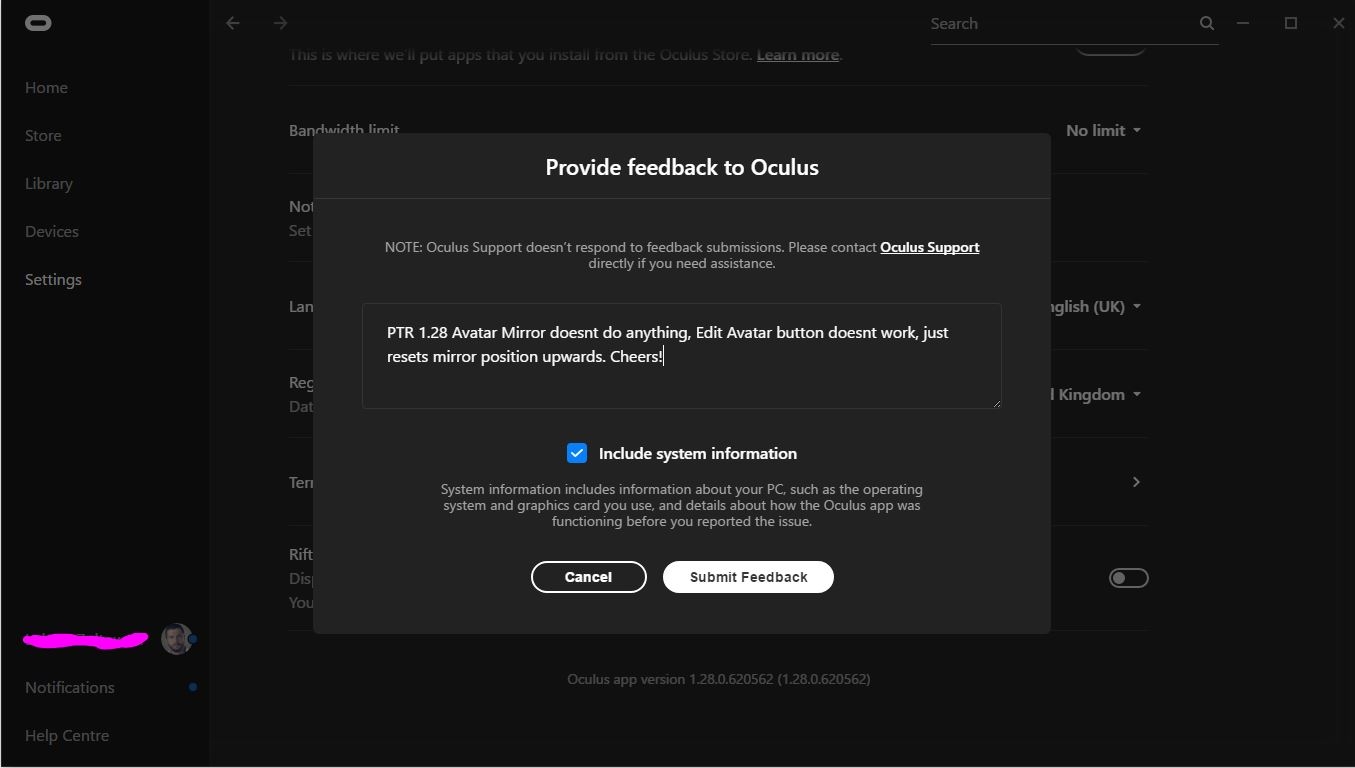 Do you have a feature request? Maybe you have a great idea for Home 2.0?

Oculus has set up a UserVoice system that lets you submit and vote on ideas from the community.
You can find it here: https://oculus.uservoice.com/