Evasion is awesome - best FPS on the Rift? 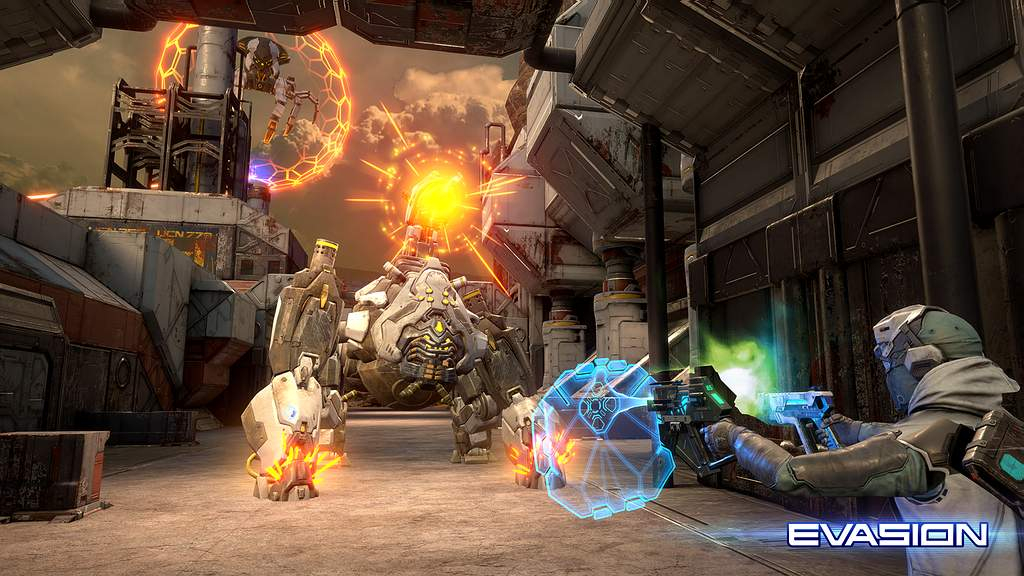 Admitted I did think that $40 was a bit much, especially because this game didn't look "Lone Echo"-good in the trailer - but 2D trailers just can't capture the VR magic.

This game is very polished and is easily worth $40 (possibly even $60) - if you like the genre. You've got wide open areas in this game, and it's much like Doom, but slower (at least with the Warden character) - possibly more tactical, but not that much. You have a shield in one hand and a weapon in the other, and you do use the shield constantly - well I did playing the Warden (much like a moving Tiger Tank

) You can choose between different hero classes when you start the game (Surgeon, Warden, Engineer and Striker - each with different weapons and abilities) - read more here: 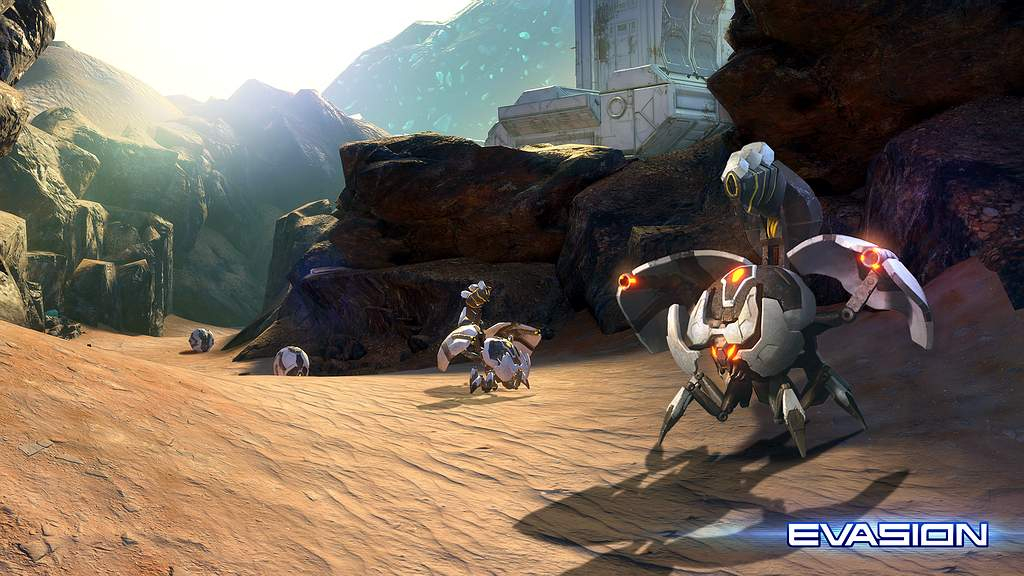 Touch controls are great - there's free locomotion and smooth turning. And you've got real arms like in Lone Echo and Marvel Powers United

- Real arms are definitely another star for the rating

You choose your height when you start the game - and you choose if you want to shoot using your left or right hand. You can use one hand to shoot while carrying a shield in the other hand - furthermore you can retract energy (batteries) from defeated enemies, quite awesome - but do remember to go through the tutorial to learn the controls. Crouch can be set to a button or you can crouch in the real world ;-) In this game the devs have more or less thought of everything when it comes to controls. 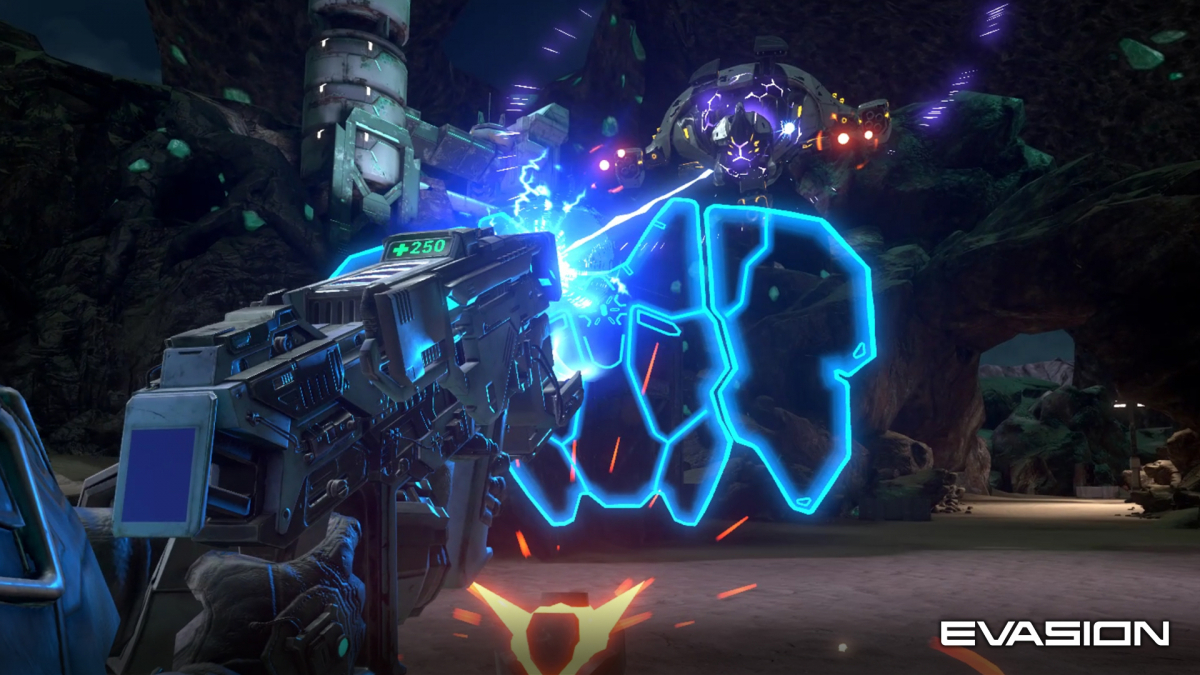 Music and sound effects are great - and I liked the voice acting too. In some perspective this game resembles Seeking Dawn, but it's much more polished and simple compared to Seeking Dawn. And Evasion is (much) less hardware demanding. 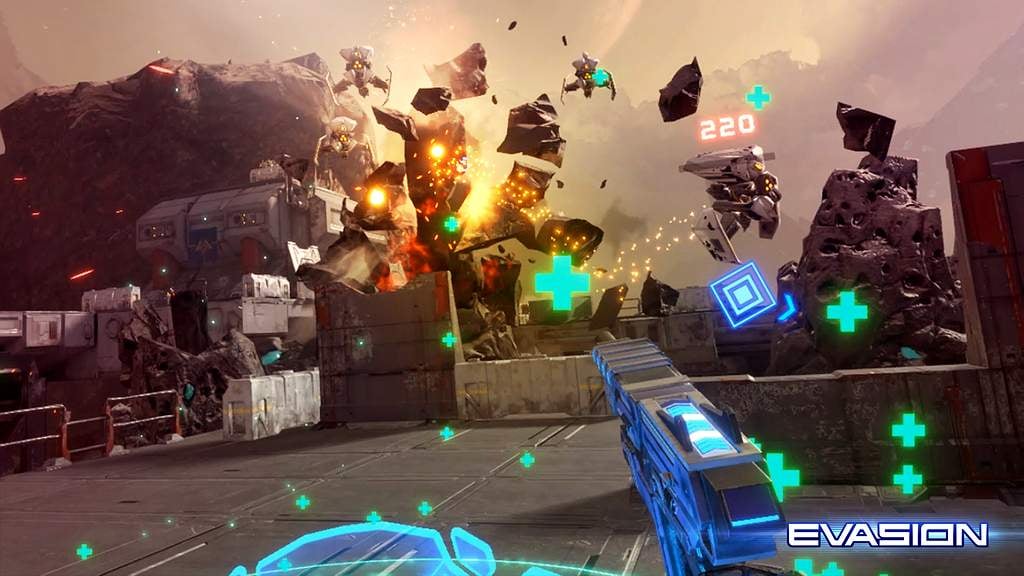 Graphics are nice, not sure it's AAA, and this game is also available on the PS4. The PC version has better textures than the PS4, and there're many video settings you can change (post processing, shadows, antialiasing etc) but polygon levels seem similar to the PS4 version. That's not necessarily a bad thing, because it means that this game is highly optimized and doesn't require much cpu power. And you can shoot the environment - how cool is that - check the trailer - notice how you can destroy parts of your surroundings: 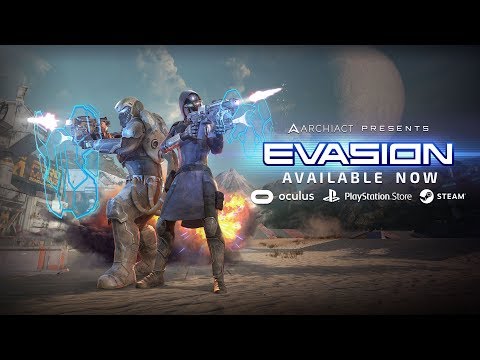 Old trailer - but shows maybe better than the launch trailer how you can destroy your surroundings (awesome physics may be one thing making this game really stand out): 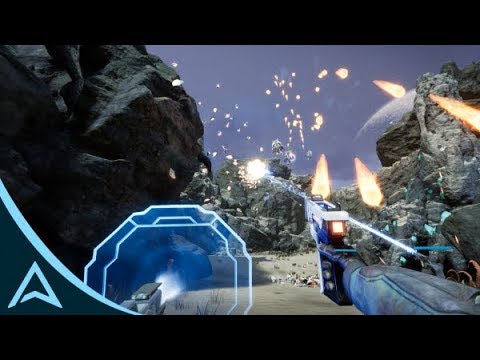 Using a GTX 1080 I had to use super sampling 1.5 or lower to get solid 90 fps - and antialiasing set to low while all other settings were maxed out. So performance is quite similar to Lone Echo. Using super sampling 2.0 especially distant textures looked more crisp adding more depth, but then I got 45 fps ASW, occasionally 90 fps - still using low antialiasing and all other settings maxed. 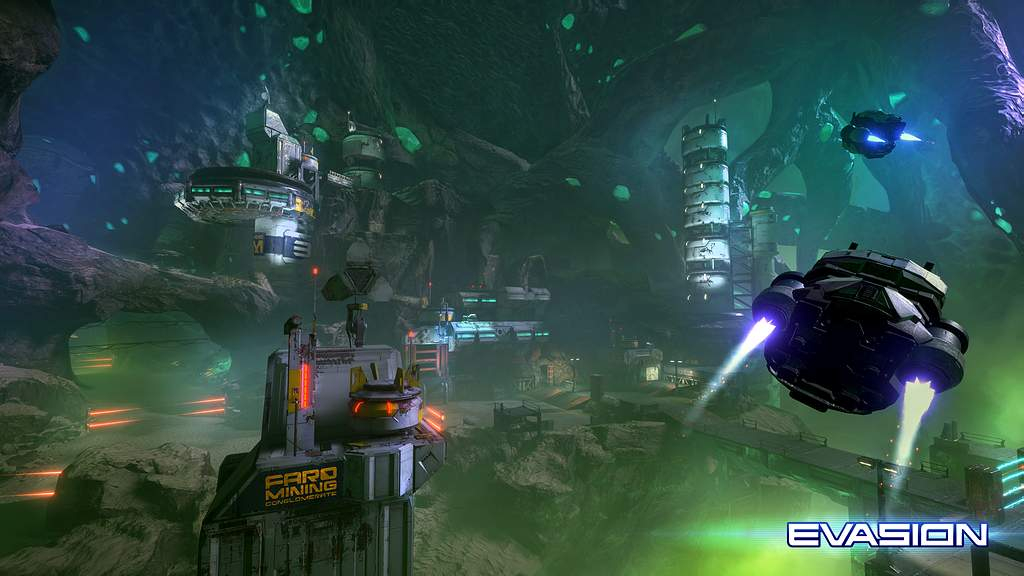 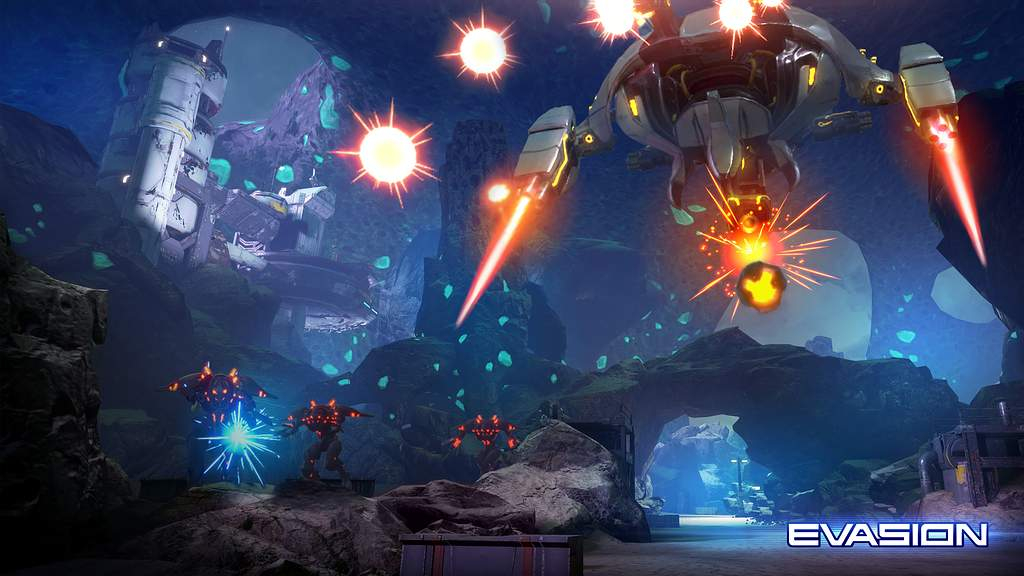 Room scale and standing position are recommended, I tested the game using 3 sensors.

All in all this seems like a fun shooter - it's not gory like Doom, so young teenagers can play too. I didn’t test multiplayer and co-op. For now I'd rate the game 4.5/5 - ok, that's 5/5 in the Store