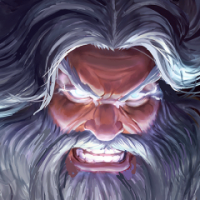 Eispfogel Posts: 55 Hiro Protagonist
April 2019 in Oculus Quest 2 and Quest
Let me start by saying that i am looking forward to the Quest and cannot wait for the release!
But there are some concerns about Game Sharing and Accounts

I once installed Oculus Home to test ReVive, but that never really felt good(issues with controllers and performance with Vive and WMR), so i did not buy games from the Oculus Store  - all my games are on Steam.
I now own a WMR Headset, PSVR and the Go. I can play cross platform games together with my family just fine.

Now i want to buy 2 Quests(maybe a third down the line if my SO likes it and wants to join in). Since there is no Cross-Buy between Go and Quest i have to buy everything again. For example - i already have Thumper on PC, PSVR and Go, so i would have to buy it a fourth time and a fifth(and maybe even sixth) time when my son wants that game too.

This will get really expensive down the line, so i would like some form of family accounts at least.
My son also owns a PS4 and we set up a family account so that he can play the games that i bought and this also includes my SO. We can also play Multiplayer games together.
Please make something like those account for the Quest, because otherwise i don't know if we jump unto the Quest.