Will Immortal Vader be released on Rift and Rift S as well? 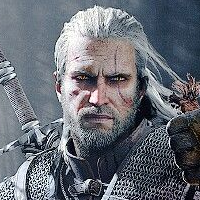 Nimarus Posts: 20 Brain Burst
May 2019 in Oculus Rift S and Rift
Simple question as I was HOPING to play this game. I have an Oculus Rift that I purchased about a month ago and figured a big title like this would be on more than just the Quest. Will this title be available on the Rift and/or Rift S? Or is this going to stay a Quest exclusive, forcing us to abandon ever getting the game or forking out even MORE money just to play this?
1