Pic0o Posts: 33 Brain Burst
August 2019 edited August 2019 in Oculus Rift S and Rift
I have been trying to be patient and previously had a workable to good experience on the Rift S headset, up until the 'static flash fix' released.  First few days, I started to get the black screen issue on starting VR but the audio continued to work fine.

Normally, unplugging the headset out and back in worked to have a stable session, but that has changed in the last week since 2019-07-29.  Now things are quite worse, functionality-wise.

Jump to current, I have to lottery start, stop and restart the OVR service just to maybe, get Home to load.  Then if it does load like last night, my hand tracking is not registering at all, or the hands are modeled away from the normal location near your body they would map to.  I have been playing in the same physical environment.

Also of note, the 'static' flashes are clear but if I have my hand anywhere near the USB data cable insert on the headset, I see snow like static in my visuals, but not the full static flash, more like the artifacts people would see if overclocking a graphics card to hard.  Granted in the case of the headset, it seems to be because static flashes and the connection slightly moves.

I am on public test release and was doing well on a Rift S before the more recent patches of 1.39 deployed.  After I had done the most recent firmware flash, the white flashes a stopped but to be completely honest I would have rather had the white flashes than the utterly unstable means to even load VR content, I have now. I can send logs but I would really like to avoid publicly uploading them to these forums.  They give away a ton of operational OS Details and environmental info.

I am in an illuminated lit room currently and was able to get the Stuck Hands coordinates yet rotation works.
Extra info:  Last night when I loaded up once, it spawned me below the floor as hand location did not work.  If spawned in Home below the floor, you get logic errors trying to interact with home windows.
Also in Steam VR playing Skyrim also had the same bound hands but rotation only worked.  Hand movement had them bound in the coordinates as shown in screen capture. 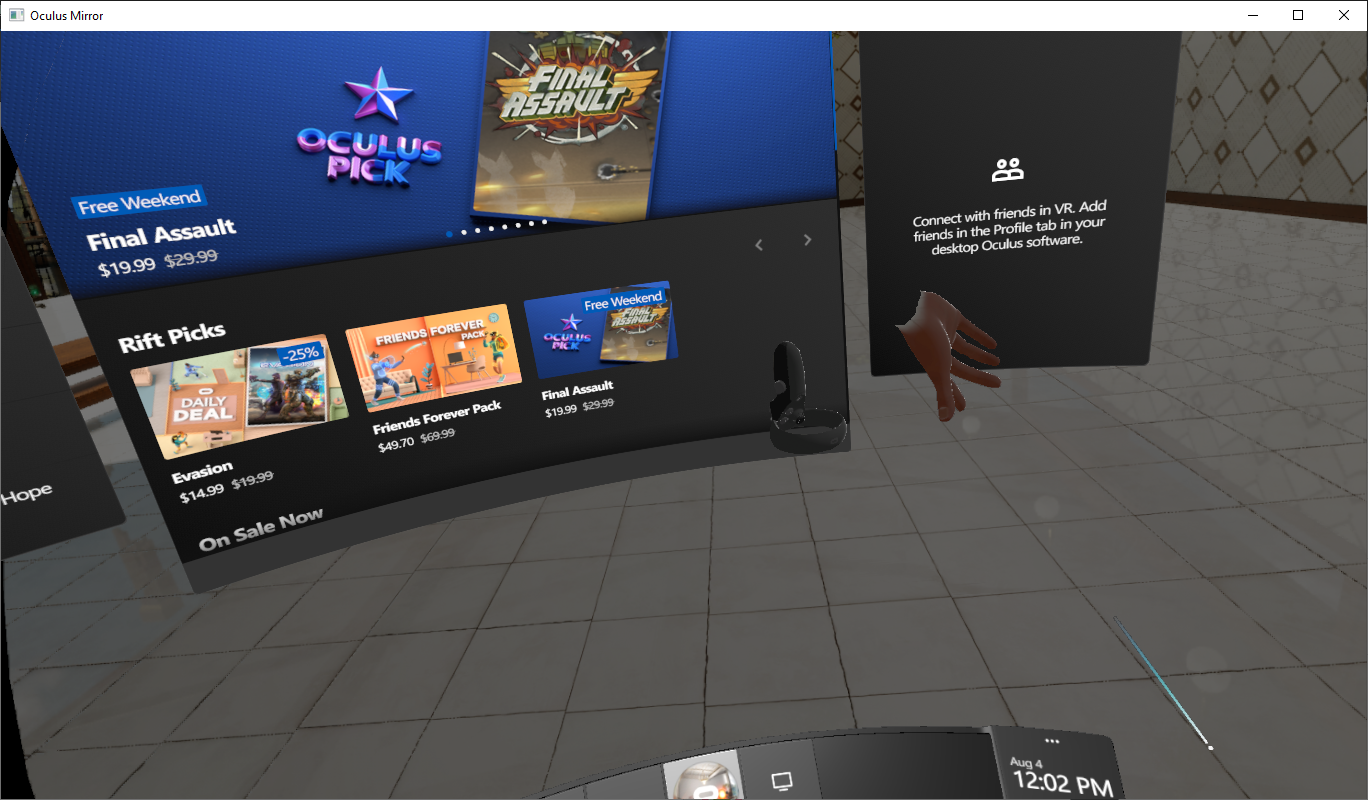