Issues with Oculus Rift S......opinions on going back to CV1 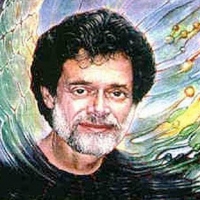 JoeyC132 Posts: 20 Brain Burst
October 2019 in Oculus Rift S and Rift
So I sold my CV1 with the arrival of the S and dragged my feet for a few months before finally buying the S last week. The family really missed all of our VR games and was so excited to back into it. Unfortunately I have been unable to get past the setup because of the usb 3.0 asmedia issue. I have contacted Oculus and tried all of the recommended steps in hopes of getting this to work. I am at a point where returning the S and finding a used CV1 appears to be my option considering it worked great on this same computer. I loved the CV1 and only sold it because I was seduced by the improved visuals and lack of sensor bars on the S. So my question is this:

Is the S that big of a leap in visuals and tech to justify continuing the fight to get this to work on my computer?