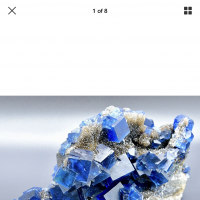 keeperofkeys Posts: 13 NerveGear
November 2019 in Off-Topic
Ok, I’m not crazy. I’m a 50 year old gamer have had every game console since Atari, and am new to VR. I have had bad depression the last seven years. As well as an anxiety disorder all my life. I’m on anti-depressants for years, have a therapist, and nothing has helped enough. I noticed after purchasing Oculus Quest just a few days ago and using it, that a feel better. Much better. Enough to recognize the connection. So I say ... is this just a new toy that is making me happy to have or own? No. It’s much more. I hope this continues. My feelings, and thoughts are —that it’s releasing aggression and stress, as well as conquering things. In the virtual world, no one can hurt me. Something to think about. I’ll continue to post updates whether it permanently help me in real life. So far so good. I’ll take anything at this point. 👍 Go Oculus