How Do I Get The Oculus Quest Cast Feature To Work With Chrome Cast Ultra?

I am having trouble with casting my headset to the TV. When I first got the headset in August of 2019, I had a chrome cast 3gen. I managed to cast my headset to the TV on a few occasions when I wanted to. I stopped playing for a few months and have since returned.

I thought it would be as easy as before to cast but no..

I cannot get the chrome cast to appear in the app or the headset at all, not even a blink of hope.

·         Make sure my phone, headset and Chromecast are connected to the same 5GHz band Wi-Fi. – DID NOT WORK

·         Disconnect oculus account from phone and headset. DID NOT WORK

·         Factory Reset Headset, uninstall app, factory reset chrome cast. Set it all back up. DID NOT WORK

NO I don’t want to cast to my phone! My family will not huddle around a 5 inch screen.

The fact that this feature has been taken OUT of its beta stage and is apparently a fully working tested feature is blowing my mind….

I will not be defeated by this and I WILL cast to my TV. And No I’m not using a 2nd gen chrome cast! Yes I have tried turning it on and off again! Unless customer support can provide me with something I haven’t tried yet I don’t really want to read it.

Surely the software just does not work? I have tried more than the average person could put up with and yet no luck.

I have attached some pictures of people with the same problem.

Sorry but its got to the point of frustration.

Help from a dev would be great. 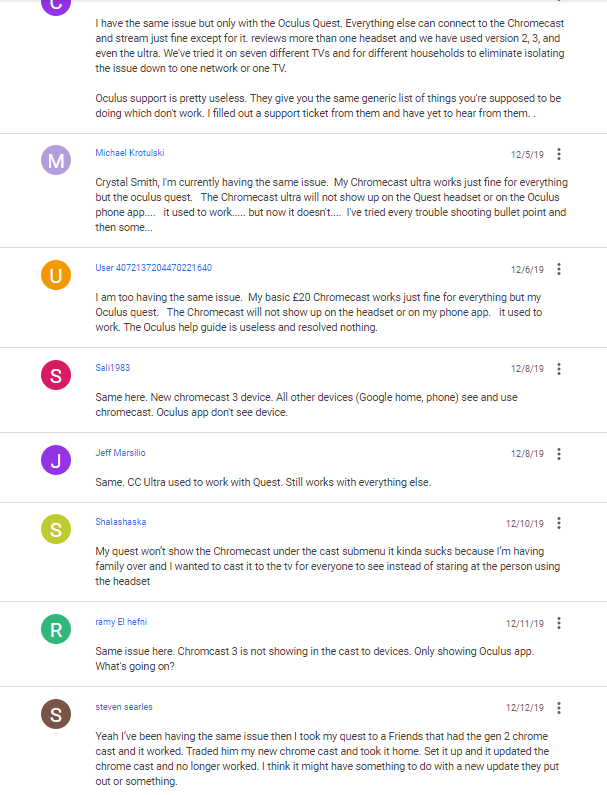 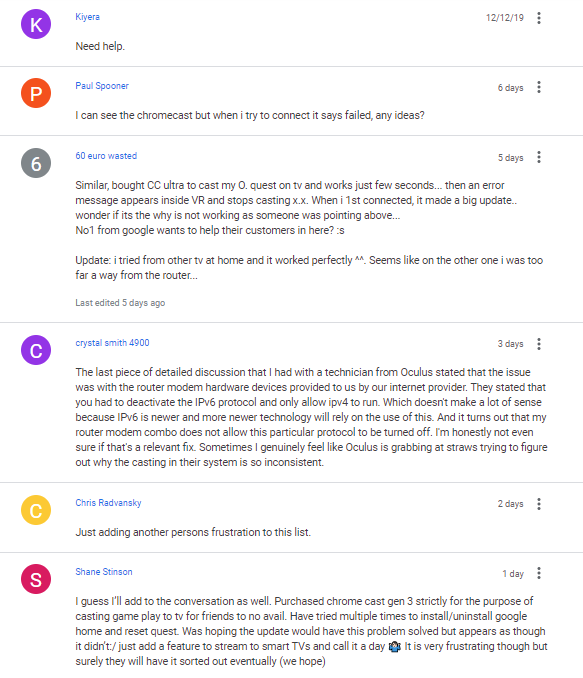