Valuable Player
January 21 in General
Posted on my website here

But if y'all want to read it here instead then here it is.

Stress Level Zero released their eagerly anticipated physics-based VR game Boneworks. It comes after plenty showcase videos and touted as a must-have VR experience. Well, having played the game and after some 15 hours is it worth the jaunt. We dived-in using a HP Reverb for reference and we’re using a top end PC.

To begin, Boneworks is a bit of an odd experience. It offers three modes of play of which two are unlockable. The first port-of-call for anyone diving-in will be the Story mode which comes divided into several chapters. With a bit of reading online on how to unlock, the Sandbox Mode where you can play with the physics and everything else to your heart’s content. Finally, the Arena mode which players can mess around with once you have completed the Story mode. All good then. 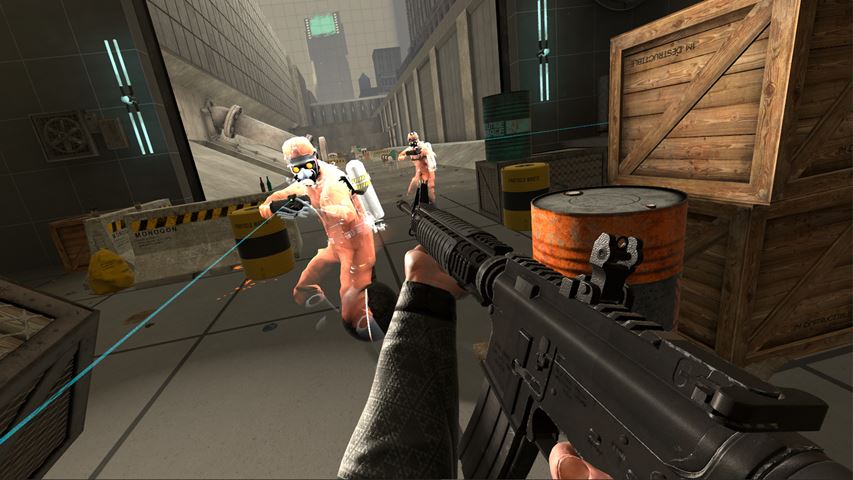 Looking primarily at the Story mode, what starts as an interesting introduction to VR physics and lateral puzzle-solving soon becomes a bit of a scrambled-mess. The sad thing here is it’s a mish-mash of ideas that never fully realise the potential. One moment you’ll be creeping through sewers with a flashlight and spooky robots for company. The next, using crates and other items to climb over a fence or using objects to navigate to the next area. It’s wildly fascinating at times but just a tad disjointed overall.

The story is kind of non-impacting and easily ignored. It’s told via monitors with live-video footage of characters aiding your escape. Aside from these interactions (if you can call them that) there are no NPCs which makes the experience feel quite solitary. This doesn’t work in the game’s favour in terms of any narrative unfortunately as you move from one zone to the next with little in-between.

What stands out though is the shooting and weapons handling. This is rather cool in VR where players pull out clips and reload them as you would in reality. A handy, but limited inventory screen aids in keeping keys, weapons and other items available for easy-access. It’s possible to grab weapons from the holsters on your body but this is a rather hit-and-miss action though which doesn’t always work.

Boneworks provides a fun experience across its levels but sadly the developers didn’t think too much about those playing. One massive annoyance is the lack of checkpoints or saving the game. Some levels take quite some time to complete on a first-play. This means if you don’t have 40 minutes to an hour to play or have some interruption you need to replay the entire level from the beginning next time. The same if you die, the checkpoint system isn’t massively forgiving. The game isn’t always clear in what you need to do either and for some, needlessly overthinking things can lead to bouts of spending far too much time working things out. More than is necessary to the point it becomes frustrating and chore-like. Apparently manual saving comes in a future patch but as of now that’s not available. 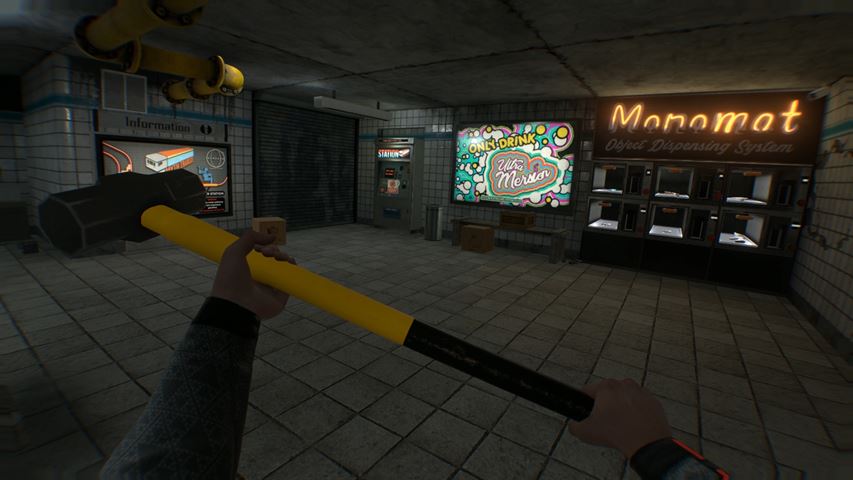 Looking at the visuals , Boneworks offers some flat tones with splashes of colour scattered around the levels. Some neat posters adorn the walls and the brightly coloured blood stands-out. whilst presenting some good texture detail close-up it’s not the most detailed game. The lack of full dynamic shadows hurts the game especially as pre-release this was shown as a feature.

Performance-wise the game runs smoothly using the HP Reverb, but there are few graphics options to tinker with which is a shame. A dynamic resolution option is all you’ll get if using a lower-end system. However, the lack of masses of characters and overall low detail means it should run well enough on lesser systems.

A Boneworks review wouldn’t be worth its salt without talking about the physics. They are the game’s greatest strength but also its biggest downfall. Physics and interactions are a key component of the experience, and overall it’s perhaps too-clever for its own good. It’s impressive how you can interact with objects in the world, but things like melee weapons have no weight behind them and often feel like you’re hitting enemies with a feather. The same for grabbing heavy objects which don’t slow your movements as you would expect. When objects or your character’s body collide, the physics engine can go haywire or wonky and it’s just not fun. Possibly the worst aspect of the physics engine is how the players legs move. Sure, you can run, walk and jump as you would expect, but mantling or climbing up onto things is a royal pain. Whilst it’s possible to do a free-running type move (which the tutorial never explains) it’s overly difficult. Espire 1 managed to handle this aspect with ease by allowing players to pull themselves up and then the legs automatically followed the movement. Hopefully Stress Level Zero will take a look at that as an option.

Boneworks comes with some limited audio that pumps some very loud music over everything else. Whilst the sci-fi synth style seems fitting, it’s nice just hearing the raw sound effects. There’s little else though aside from the voice-overs of the characters you see on the monitors.

In terms of longevity, there’s certainly lots of replay value within the story. Items to collect and secrets to uncover. You can also try and best your score. With numerous weapons to play with it’s something you can easily rack up the hours into double figures. The additional Arena and Sandbox offer endless hours of fun and games with the latter requiring a bit more effort. 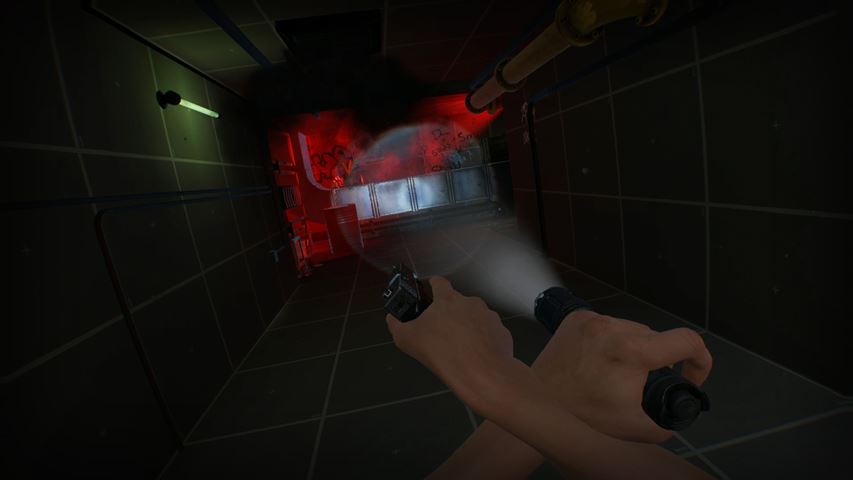 As a VR game Boneworks comes as a welcome addition and works well on the Windows Mixed Reality platform – despite the controllers. It’s a fun game that really puts you into the moment at times making you feel fully immersed in what you are doing. However, the physics which are the main star-of-the-show aren’t polished enough making for a frustrating experience at times. With a better story this could have been far more interesting. As it stands it feels more like a VR assault course. Is it worth recommending? Yes and no. It’s probably prudent to wait for the patch to drop first (which addresses some of our complaints). But if you’re a sucker for VR shooting experiences then you can do a lot worse than this game.