we need oculus rooms back 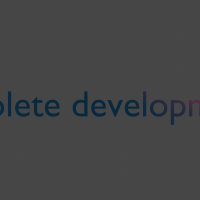 questcreator Posts: 1 NerveGear
June 2020 in Oculus Go
i have contacted user support about this issue but they just used the copy and paste reply you will see often. they told me to go to the user voice forum although there is none for the gear vr. this argument/request also apply to the oculus go which also has no first party communications application.

"Our all-in-one headset made for entertainment."

and many people had paid for the go and gear as a way to communicate with friends and family and for the built in free to use software called oculus rooms with its features such as video viewing, many fun games including monopoly-draw, Yahtzee and many more. although there was quite a bit of warning before the service was shut down we had no say in it shutting down it felt that oculus was ignoring the community for a chance to try to make more money from its more expensive headsets.

the reason that i say this is because the new platform Facebook-horizons wasn't going to be ported to the gear vr or go. the go took a really big blow from this seeming as it is more than capable of utilising Facebook horizons. the gear vr probably could but maybe not for extended playtime's. instead oculus decided that they would port it to their more expensive headsets for a quick cash grab.

i believe that rooms and horizons can co-exist with each-other on the market you could add LAN connection mode or use peer to peer networks instead this would work in both party's favour. oculus wouldn't need to get new servers and the go and gear-vr users still have a social app. OR just give us an monopoly draw game for free cause that was the best game by far.

oculus please consider the rest of your community.

p.s or make the code open source i am a developer i could probably host it AND make it better.