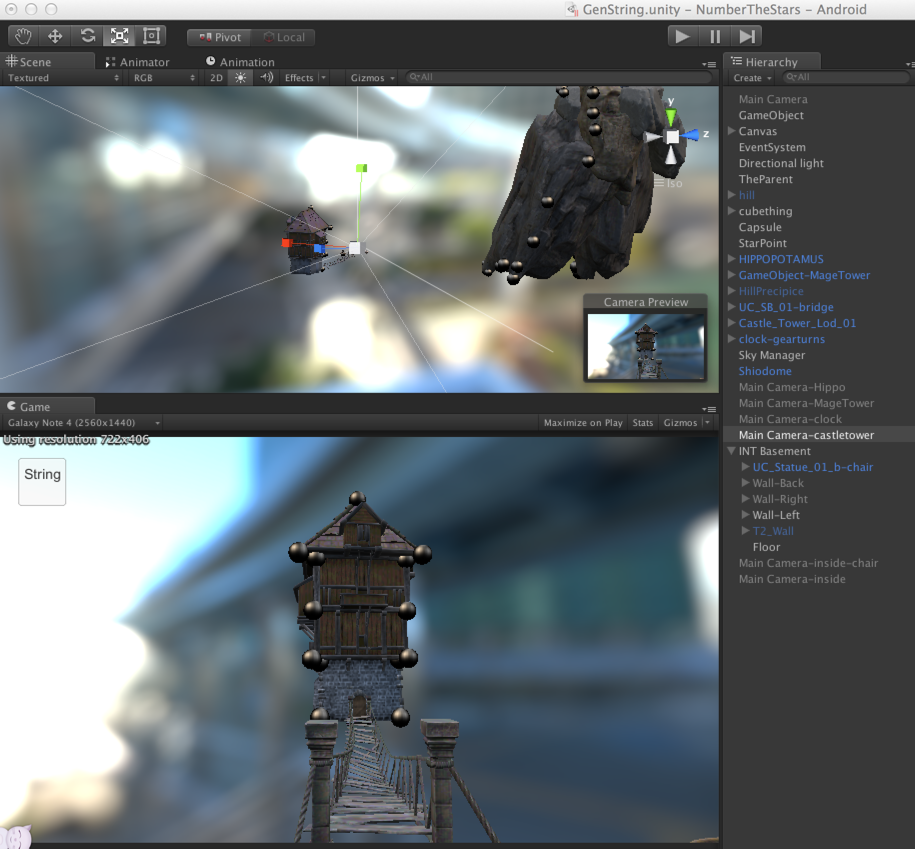 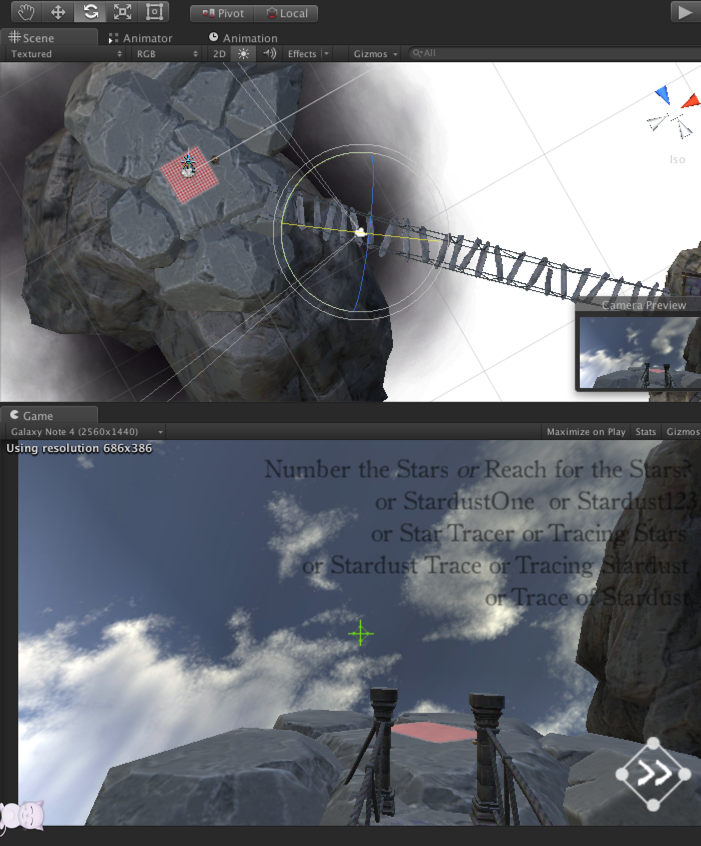 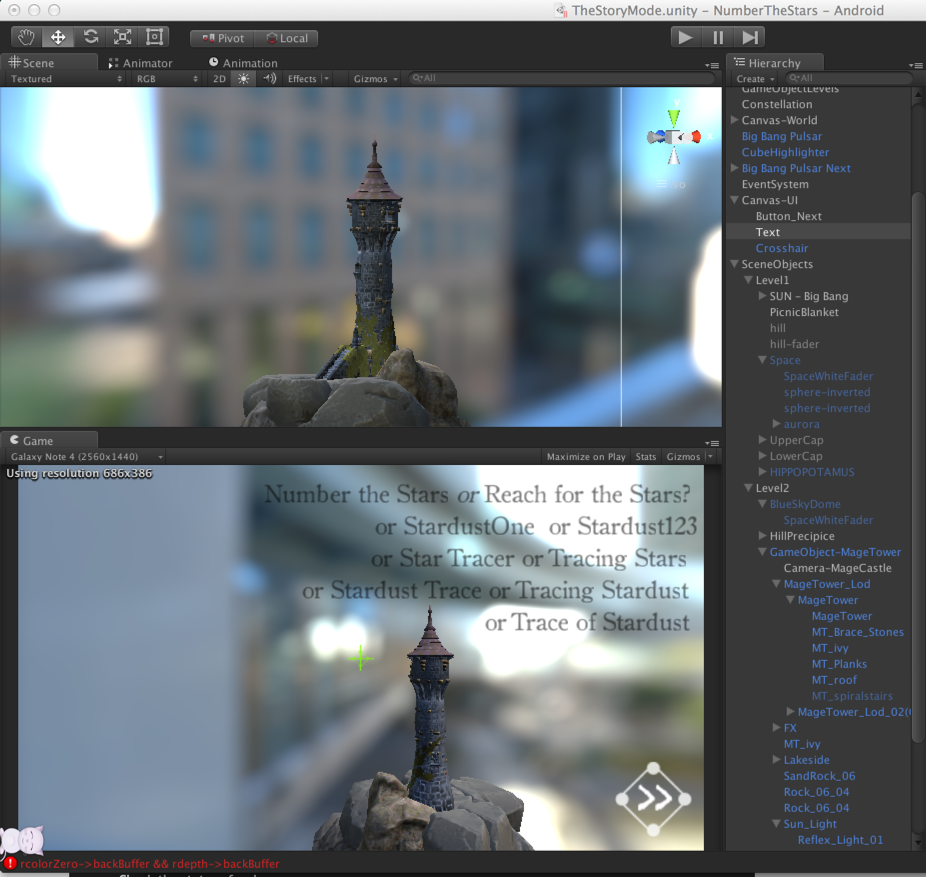 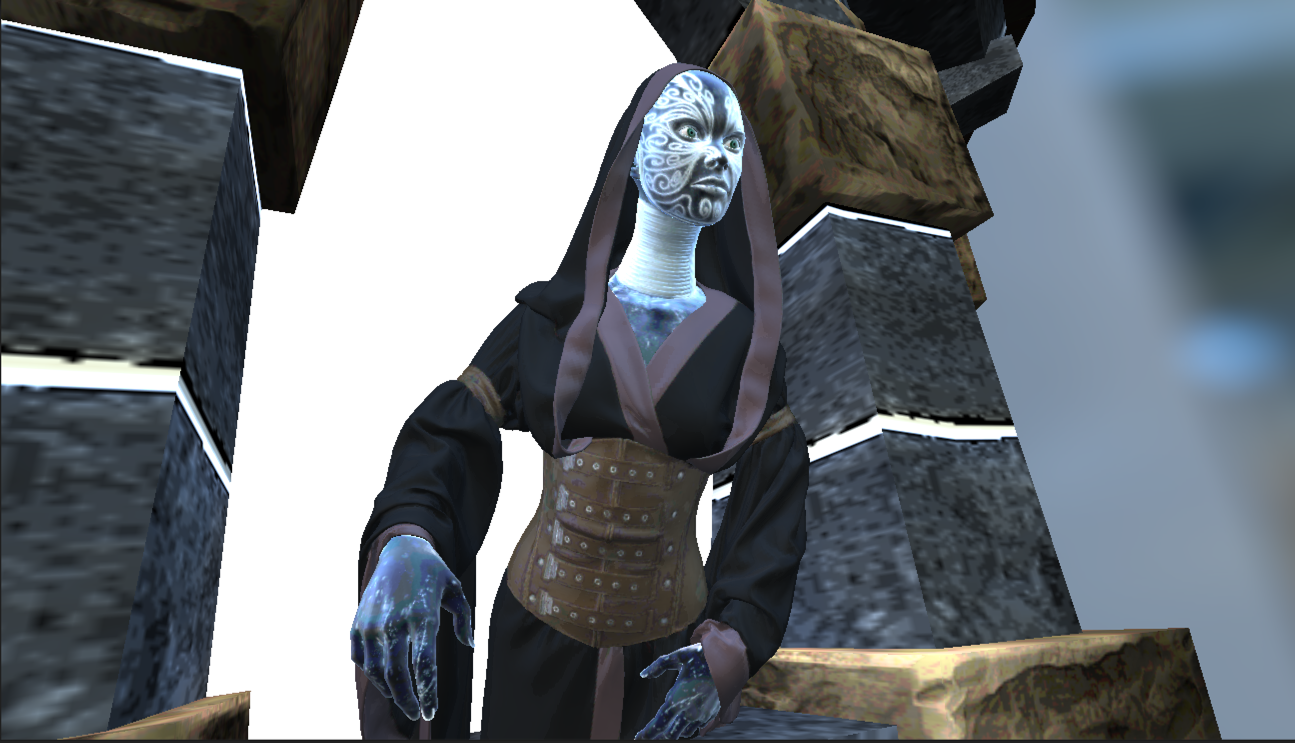 Number the Stars is a casual yet immersive 3D rails game that you “create to advance” by connecting the dots. This VRJam entry features two gameplay modes: Story Mode and Freeform Mode.

> As a reminder, the judges will primarily be reviewing your video, images, and descriptions for the first round of judging, so be specific in your description to ensure we understand what we're seeing. For example:

>Controls - how is your game, app, or experience controlled? Gaze, touch pad, controller?

>Mechanics - what can a user or player expect to do or experience in this world; what are the core “gameplay” mechanics?

>Innovation - what did you try that is new or unique in VR? For example, UI / user cues, multi-user interactions, visual/audio interactions, comfortable locomotion techniques, immersive control methods, or even extending the technology in some way.

## Controls:
Gaze cursor via overlay with "tooltip" or helper text hovering about cursor. Tap to action.

## Mechanics:
The user rotates their head, then aims (with a gaze cursor that may show a helper-tooltip) and taps to interact with in-game objects - mostly spheres or dots that you "tap" to connect, and turn into interesting things:

The core gameplay mechanics relies on connecting the dots to advance, with gaze selection also of select "special" scene objects (such as pulsating nebulas that give you a different "starview"). Upon completing a constellation, the materialized mesh may be interactive - a trigger to magically-appear other things, or a door, or a monster!

## Innovation:
UI: 2D overlay gaze cursor with glance-ready hover-text tooltips. Both wide area and targeted Spatial-hotspots, such as looking up or down trigger different game events - or look-tapping at specific objects do other things. Float-in-space symmetrical interface - such as 0-g isolation and directed-arrows in an inner-sphere.

Walking: "Look where you want to walk" - then tap and hold the side touchpad to walk (after you finish tracing an animal in Freeform mode).

Gameplay: I've searched, but I'm surprised that I'm the first(?) to create a head-motion (or even gyroscope-based) 3D dot to dot game, where you trace the contours from your perspective, similar to how constellations are named. If that's true, then this is also the first create-the-world-type rails game that uses the dot-to-dot method.

Intuitive audio clues: using headphones, you can hear the star-ping for the next thing to trace

Bonus: When you complete the 3 levels in the current Story Mode, you will find a very-readable cylindrical scrolling credits scene, that you read by spinning around on your chair! This credit also contains targeted "in-line hotspots" that you can geze-tap to trigger.

*Asset store*: PROTOFACTOR's Animals, Philip Schmidt's Big Environment Pack, Marmoset Skyshop, Elementals Particles. (I also wanted to include the dark lady from Unity 5 sample assets, but had some issues getting it to import in 4 without crashes on-device - the gears on the hill are from her clockwork!)

I tried to combine the essence of two of my favorite games (I also tried to incorporate some interesting perspective navigation tricks from Monument Valley, but this won't be ready for the game jam build) - Unfinished Swan and Blueprint 3D.

It’s reminiscent of Unfinished Swan, but instead of starting with a blank white canvas world, you start with “stars” that you connect to form the outlines of game geometry. When each item is “traced”, it turns into a more realistic-looking game geometry, that the player can advance along.

It's also reminiscent of Blueprint 3D, with the wonder and magic feeling you get when you see the blueprint come together from the right angle, or in this case, when the dots and lines fully converge into a 3D geometry, beyond the contour from your camera perspective. However, it's a lot less frustrating because it's always obvious which dot to connect next.

You can create an entire universe by dot to dot!

> Be careful what you connect, next! The dots and lines are deceptive - you just might create your own walking enemy...

The original intent of the game was for it to be more of an action-packed rails shooter, but it's turned into a whimsical story-heavy game of discovery...