Hey guys, I really wanted to bring Oculus Maximus back into the mix but my original team members were too busy with many other life things. Instead I bring you something much less bloody and less decapitating... A friendly game that you and your kids can play. Very rated G and very fun to play.

The Game
You are a little mouse, "Pierre" who wants to make your dying grandmother happy. All she wants is pastries from the most famous bakery in France, "Le Bon Bon".

Multiplayer
The game is always multi-player enabled. When you enter the kitchen you will see other mice that happen to be hanging out in the kitchen too. Ask your friends to play and you will instantly see them spawn in, assuming they have an internet connection.

The Controls
1. Swipe forward, backward, up or down on the touch pad to roll your dough ball in any direction. Use multiple swipes to build up acceleration and really get moving around the kitchen.
2. Hit the mouse traps to launch yourself into the air and reach high places.
3. Avoid the Chef (he's not really that dangerous - he just smacks you into the air) 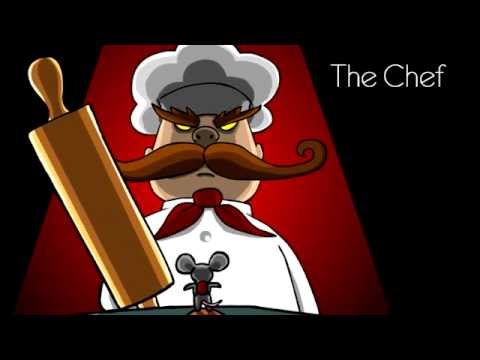 Vote for us if you like the game
http://challengepost.com/software/le-bon-bon-qhsm5

Game Play Recommendations
We recommend you sit in a swivel chair to play the game. Ensure that you can spin 360 degrees. Then just look around and swipe away to get the ball rolling where you wish to go. Get comfortable with swiveling around in your chair freely as you explore the kitchen. My 6 year old and 8 year old were able to play the game quite easily and had a lot of fun with it. We hope you enjoy it too.