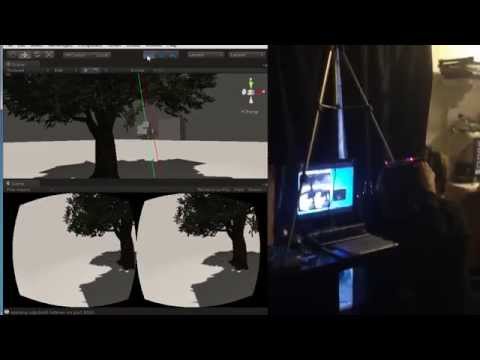 For the last few months I have been working on an Optical Positional tracking solution. I'm coming close to maximizing the functionality to cost ratio. It utilizes a single Playstation Eye mounted near the ceiling to track two lit LEDs on the Oculus Rift. With this information and the orientation information from the rift itself I can determine the full 6 DoF Position and Orientation of the rift in a large cone of view. It also does not matter which direction the rift is looking, and can be utilized to calibrate yaw instead of the magnetometer. The innovation (over similar systems like Johnny Chung Lee's) comes from the fact that I am using the Rift's IMU to fill in the missing orientation information that would normally be captured Optically (but would restrict the freedom of movement). I am using a PSEye and Processing to funnel the point tracking data to Unity at 125 Hz.

What do you think? 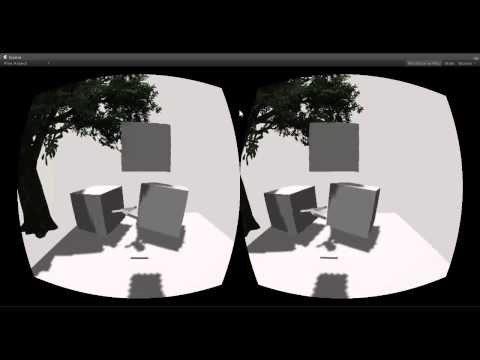 At the beginning I calibrated where the leap was by placing the rift on top of it.
0