As a special treat, he's the last part of SightLine Prelude, finishing the surreal sci-fi short about the events before the story of SightLine.

Also I have made new topic for the development of the full game after VR Jam, so you can get updates and continue discussion here:
viewtopic.php?f=29&t=6896

Update: Because I would like to make SightLine into a full blown game, I'm considering launching an IndieGogo campaign, but I could use some advice. Would you mind answering some of the questions in this post?

Hello,
I would like to share my Oculus VR jam entry with you - a game prototype named "SightLine", based on a principle that as soon as anything exits your field of view, it can change!

Our universe is volatile. Anything can be happening in places you're not observing. But laws of physics ensure, that whenever you look back, everything will be nice and consistent. In this game, laws of physics are broken.

The moment you look away... anything can change. The moment an object leaves your line of sight, it can vanish or change into something else.

Will you make sense of this unstable world and use the volatile nature of the environment to your advantage, to solve puzzles and get to the end?

2nd milestone video
Note: It lacks some of the polish and changes in the final build, I didn't have time to make or even upload (I have 0.6 Mbps upload >.>) new trailer, but at least you'll have some surprises while playing ;-) 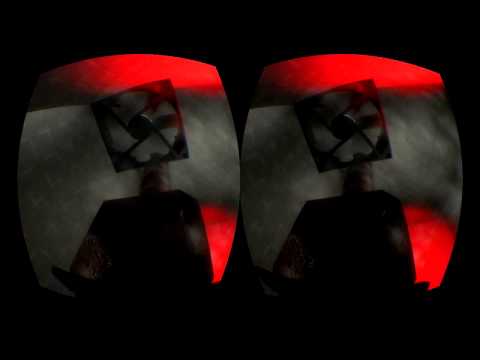 Works with keyboard/mouse and Xbox 360 controller.

)
Music by: Ondrej "Sakabi" Pultar
Voice by: Julian Ceipek
Also I used a bunch of creative commons/free assets, they're listed in the README file included with the game.

I'll be happy if you share your thoughts, constructive criticism or just any comments! ^^ The last 3 weeks were quite tense, I worked as much as I could on this and I hope that I'll at least stand a small chance