CadsoftIT Posts: 10 NerveGear
November 2016 edited November 2016 in Oculus Rift S/Rift Development
We've had problem free Rift support in our application for well over a year, but ever since the update that enabled ASW for everyone we've had an issue appearing for anyone with a video card and driver that supports ASW. The issue only appears in our application when ASW is active and only in the Rift (not our mirror window), as our rendering engine owns the textures we render to and we copy them to the Rift's texture swap chain before submitting them. The issue appears as a black bar, towards the center of the Rift, taking up 1/3 to 1/2 of the screen in each eye, every other frame. Strangely, if our application has run recently before running the OculusRoomTiny (GL) sample the issue displays in the sample's mirror window when ASW is forced to active. 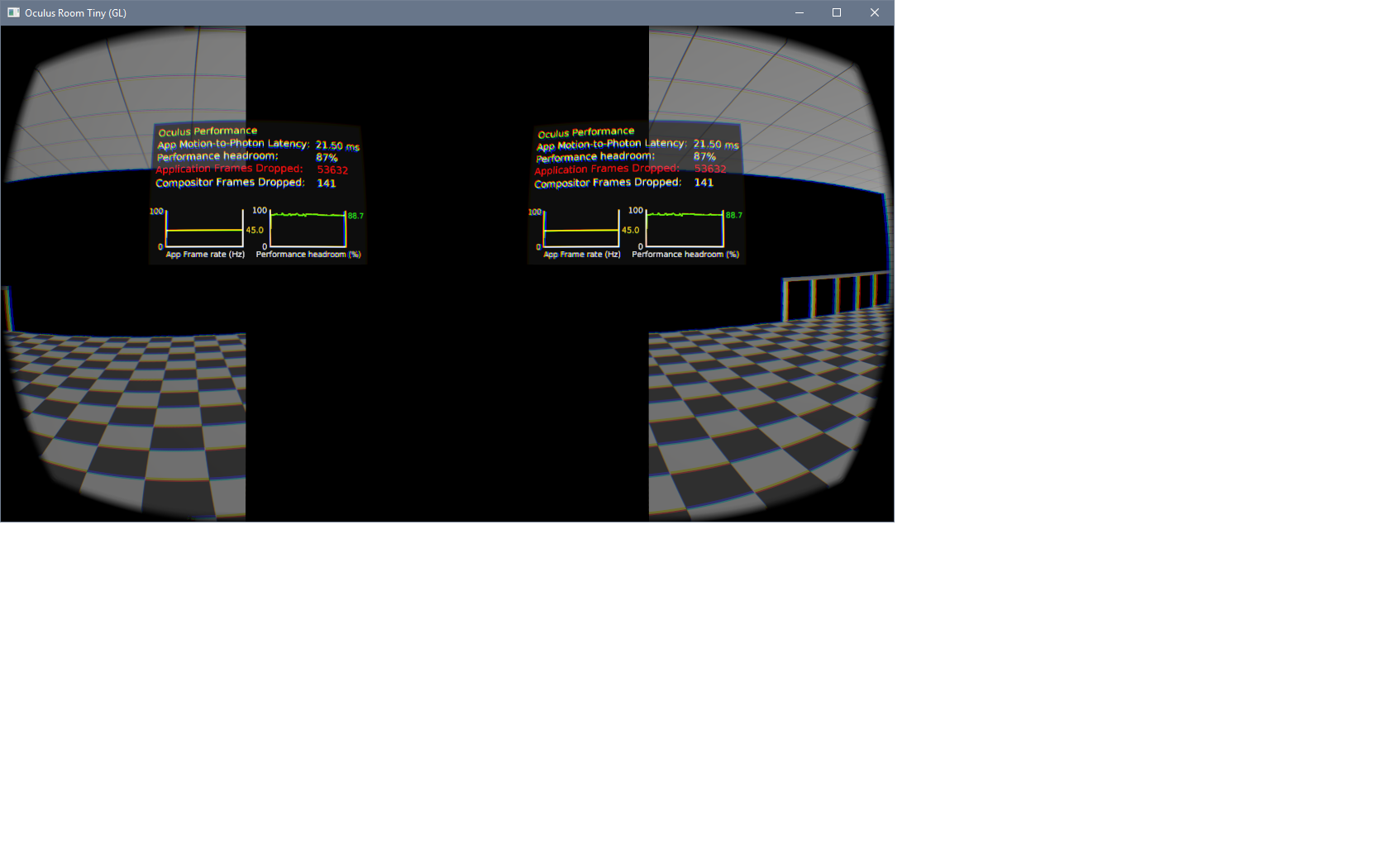 In the sample, the bar is flickering every other frame in the headset, but solid in the mirror window. If our application has not run recently then the result is normal, even when ASW is forced on. 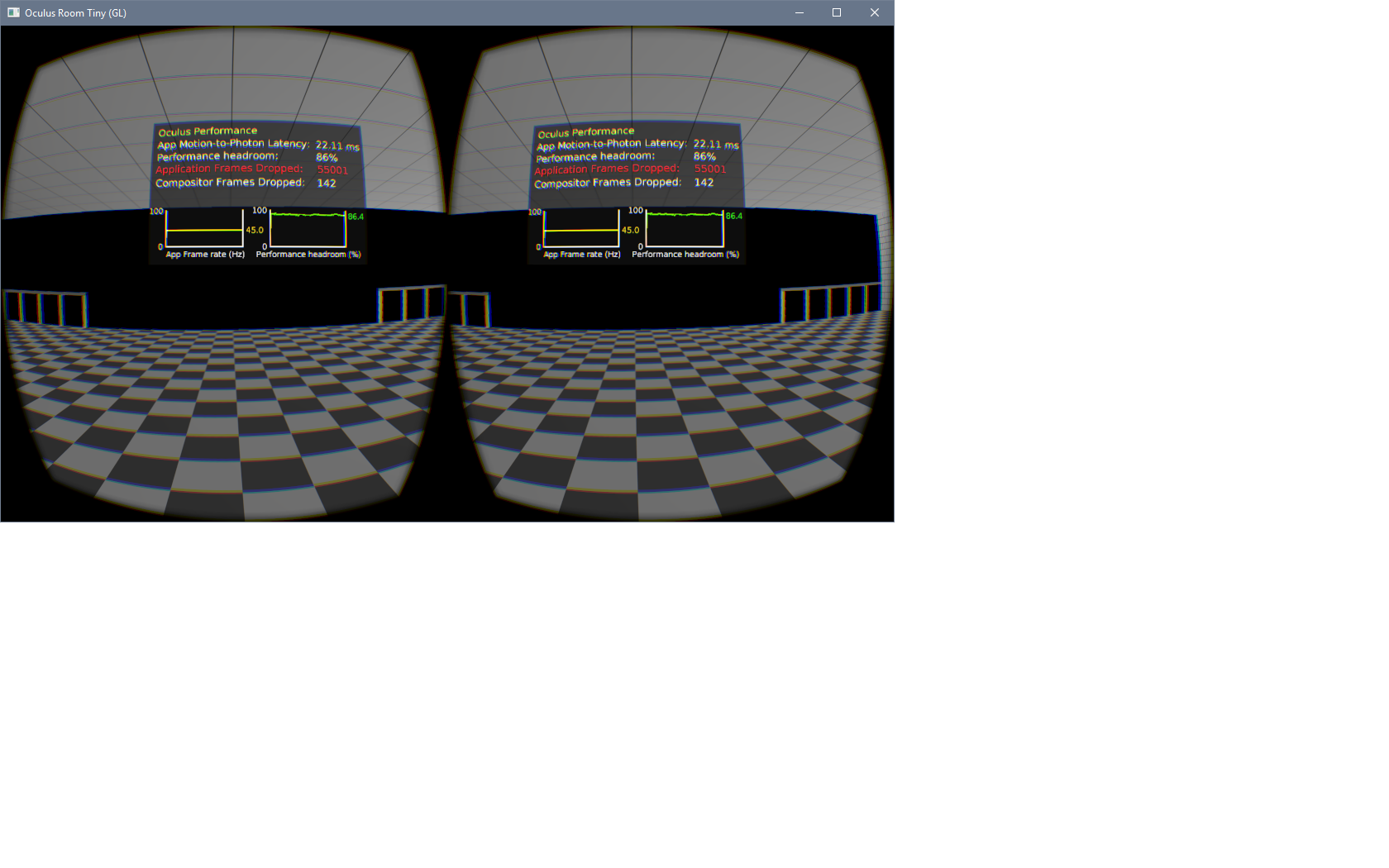 I'm not sure what could cause this, our rendering engine developer has an Oculus sample which does not have this issue. I've been comparing our VR implementation to both our manufacturer's sample and Oculus' sample, but I don't see any differences that I can imagine causing the issue, at least none that I haven't already tried changing.

Knowing what the cause is, and being pointed in the right direction sure would help.