please.. read this discussion about submission.....

We've been trying to release mintpot app for over 5 month in oculus store. 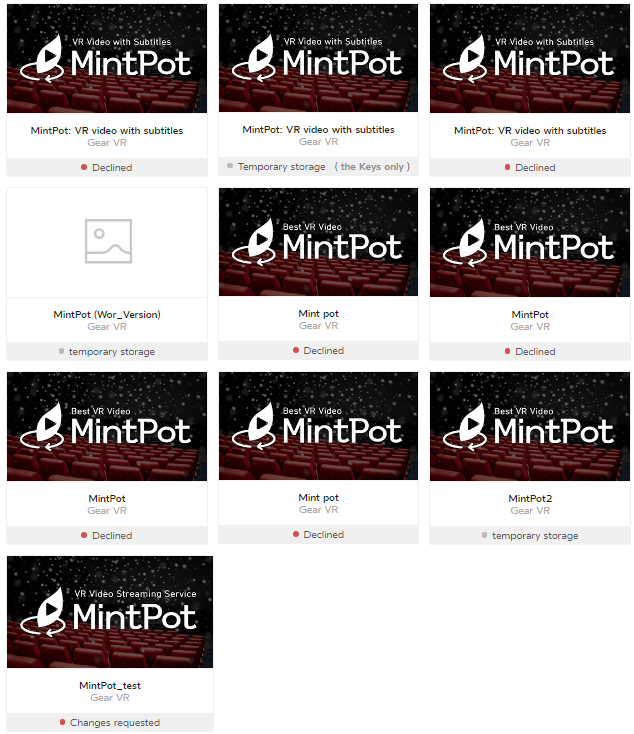 We've tried many times.. but it is not enough...

At first, we did not pass the technical test, but we solved it.

After that, oculus asked us to remove sexual contents. so, we removed them and got keys only.

unfortunately, It is not available to release our app in oculus as keys only.

so we've added a variety of effects and the videos with subtitle to improve the quality of mintpot app.

If you only tell us why the app is not available, we will meet the needs of oculus as much as possible.

Please let me know the reason.. we will never give up..!

I am looking forward to hearing from you.