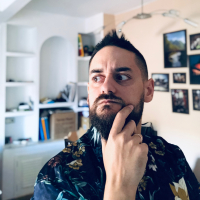 robertogeek Posts: 18 NerveGear
December 2017 in Oculus Go Development
Hi,
Some time ago, Oculus released a new tech note about Expansion File Suppor for GEAR VR (link) announcing that big (up to 4GB)  expansion file support was allowed.
My question is how to create such a big .obb files using Unity (2017.1.0p2), because it is throwing the following error from aapt.exe:

> C:\Program Files (x86)\Android\android-sdk\build-tools\27.0.2\aapt.exe package -v -f -F rawobb.ap_ -A rawobb -0 "" --ignore-assets "!.svn:!.git:!.ds_store:!*.scc:.*:!CVS:!thumbs.db:!picasa.ini:!*~"
stderr[  Unable to add 'rawobb\MenuMusic.tbe': Zip add failed (-2147483648)
ERROR: unable to process assets while packaging 'rawobb.ap_'
ERROR: packaging of 'rawobb.ap_' failed
We have been searching a lot about this, and "forums" said that this is a limitation of 2 GB of Android Extension File system (link). So, because of that, aapt.exe is not able to create expansions files bigger than 2 GB. We have tried with several build-tools versions, and always throws the same error.

Because of that I would like to ask you about how could we proceed to create such a big expansions files.