question for developers about teleportation 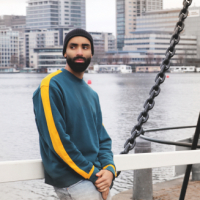 I'm not a gamedesign expert, but I'm hoping to find out if it's easy for developers to customize the way teleporting happens. within unity or unreal engine, or any other tool. for example when using the touch, to have the aim arrow in a straight line with a fixed length instead of a bow, and still retain the ability to rotate where you will be facing (like in robo recall) and then add the ability to switch between 3 lengths with a button in your right hand. You might be asking to yourself  " but why? "  good question. I'm thinking this way you could also teleport to a spot in the air if you are a flying a dragonball z-esque character. you could battle people in the sky appear behind them hit them with great agility. I want to play this. Looking forward to your reactions