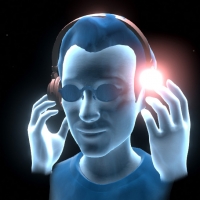 Ever since the latest runtime upgrade (Rift SI 1.22) I'm seeing an issue with avatar hands. The avatar support has been very stable for months in my app and my unity version has been the same, but since the upgrade when I hit play in unity the avatar hands work only 50% of the time. This does not seem to be happening in builds, only in the editor. Sometimes running a standalone build that uses avatars and then going back into unity will resolve the issue, but not always. A restart of unity resolves it.

When the issue occurs the avatar head works just fine. I can also see the hands in the scene and they are reacting to finger gestures and controller buttons work, but the hands are locked to a specific point nowhere near the avatar are not movable inside unity. I don't seem to be able to reset it any way using LocalAvatar settings, enabling/disabling game objects, etc. Given I can sometimes kick it back into action by running another oculus app it seems to me this is some kind of runtime issue.