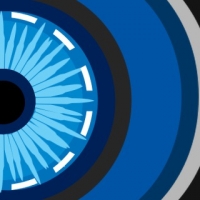 Macklin Posts: 1 NerveGear
January 2018 in Platform SDK Development
I've been implementing a basic leaderboard using the Platform SDK, and while most of it makes sense - some things that should be easy are instead a huge pain. At the moment all I need to do is add some test data to the leaderboard, but seemingly the only way to do that is to create a new test user for every single test entry. The only problem is, when I use a test user email/password in the Unity Editor (via the Oculus Platform Settings panel), none of my callbacks from GetEntries/WriteEntry are called - only ever the platform initialization and entitlement OnComplete callbacks. S2S requests using test users also fail with "invalid user id". Everything works fine when using my own account, but surely I shouldn't have to make dozens of accounts just to test a simple leaderboard? Other related forum posts confirm that there's no easy way to do this. So why even attempt to provide these features if testing them is next to impossible?

In addition to this, the web interface in this area is pretty sparse. Why can't I easily delete leaderboards I've already made without the hassle of constructing an S2S request? Why is it seemingly impossible to delete test users?

If anyone is looking to implement Platform SDK features that need mass testing like this, and don't have the time/resources to use actual accounts - I would steer clear of this area until there's a better solution from Oculus. There are also countless open source leaderboard API's that are far superior, but of course don't hook into the Oculus ecosystem.
Tagged:
0
Sign In or Register to comment.
Developer Expand for more options.