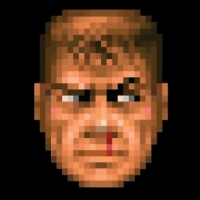 LabulleCreation Posts: 19 NerveGear
May 2018 edited May 2018 in Unity Development
I'm new to Unity and Oculus development and can't get OVROverlay to work, at all.
I'm developping for Oculus Go, everything is set up correctly, I guess (even if the documentation is really lacking IMHO), I can build and send my app to the Go and see whatever I put there (a cube, for instance !).
My goal for now is simple : render a high quality stereoscopic cubemap using overlay, as this seems to be the best option quality-wise.

Of course, I've carefuly read the official documentation : https://developer.oculus.com/documentation/unity/latest/concepts/unity-ovroverlay/ and tried to research all I could, but can't get it to display anything. BTW, why the doc is mentionning the OVRRTOverlayConnector script, which is nowhere to be found ?
I'm using latest everything (Unity 2018.1.0f2 and Oculus Utilities 1.25.2).

For now in my scene there is an OVRCameraRig, a gameobject (empty) with OVROverlay script as a component (I've also tried adding OVR Manager as seen in the screenshot in official docs, and Mesh filter quad, but I don't understand what it does) and a simple cube. I've also tried to clear the skybox, with no effect apart from removing the sky... As you can see, I'm really lost, and even with a solid experience with internet research, there is quite nothing clear about all of this

Could somebody point me in the right direction for using OVROverlay to display a cubemap ?

Thank you very much !