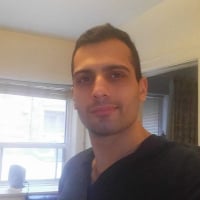 Oculus Start Member
July 2018 in Audio SDK Development
1) Is it necessary to import Oculus Native Spatializer for Unity in order to use First Party Audio Spatialization?  Are these in fact 2 different solutions? When I import ONSP and attach an ONSP audio Source component to my Audio source, Spatialization works fine. However, if I simply set SpatializationPlugin to OculusSpatializer in the AudioManager, which according to the Oculus documentation enables Unity's "First party Audio spatialization", my sounds are not spatialized.  I am using unity 2017.2.1

2) If a spatialized audiosource is placed in the middle of a mesh, will the mesh itself interfere with the audiosource in any way?

3) Is it possible to use Spatialization without HRTF?

4)I would like to try a very simple method of spatialization, which involves simply creating 2 audio listeners - one for the left ear, one for the right and sending data to the corresponding headphone. Unity does not support multiple audio Listeners but i'm interested in trying an equivalent approach. The head would not block sounds, but one ear would still hear the sound louder than the other ear depending on which ear is closer to the audiosource. I want to try the simplest implementation then work my way up form there.  BTW, I am totally new to Audio spatialization. this is my 2nd day of research and development with Audio spatialization so I might be totally confused.