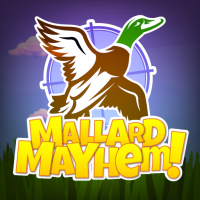 bobbagoose Posts: 8 NerveGear
September 2018 in Platform SDK Development
I've been developing a simple arcade shooter and I've implemented a simple leaderboard. The leaderboard is able to poll the Oculus leaderboard server within Unity when I'm logged in as a standalone user on my account, but when I run the same code on my Oculus Go the server always returns a fail. AFAIK I'm passing the entitlement check since I've implemented code to alert me if this is not the case. The build has been loaded into Alpha and I've also tried RC channels but I'm still encountering the same issue.

It's frustrating since I know the code is good since it works within Unity, but never once have I been able to access the leaderboard on my test unit.

My entitlement check is exactly the code listed here https://developer.oculus.com/blog/unity-engine-entitlement-checks-for-gear-vr-and-rift/
And my leaderboard code is based on the hoops example, which is working in Unity to write and read scores successfully.

I realise this isn't much to go on but I don't know where else to turn now. I hope it's something obvious I'm not doing and someone out there knows how to help me.
Thanks
Tagged:
0